As a teenager to become an actor at age 14

Acting for all ages. The scene is always open to new talents, especially the young. But a minor is often a problem with the fact that their freedom is very limited. So the dream of becoming actors at the age of 14 sometimes it seems exorbitant. 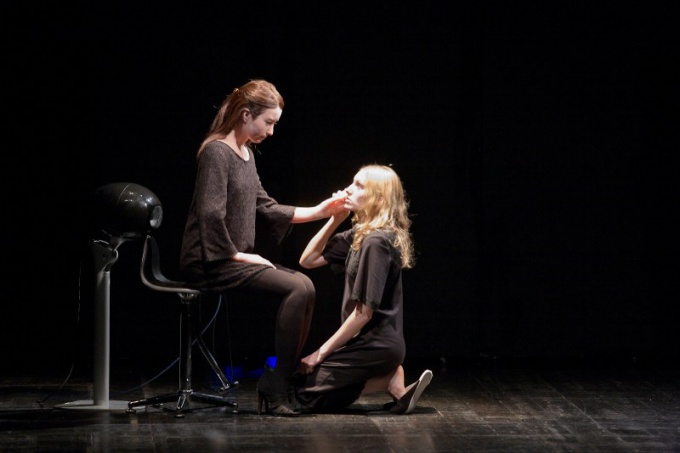 In almost every city there are schools or special clubs, which teach acting skills.

To get there, most likely, have to go through the qualifying competition and if the city is large, the competition can be high. Such contests usually required to tell a passage from a poem or prose which give to prepare in advance.

Theatre-Studio "fidget" is known as one of the best schools in the performing arts in Russia. The Studio has helped to reveal the talent of many Russian actors. All the information about the learning process and opportunities can be found on the official website.

You can also use the services of a tutor, if in the place where you live, Teens don't have the opportunity to enroll in a circle of acting. However, in this case, be prepared to pay the personal teacher of a lot of money.

The school cannot be discarded, as in 14 years is just what takes the most time and effort in the life of a teenager.

It is therefore very important to find a balance between the effort spent on teaching acting, and school activities. To do this, as much as possible: use school scene: try to participate in various performances, to organize their own theatrical performances, to star in a small school movies.

So you will notice that school activities do not interfere with your creative development, but rather promote the talent. Similar behavior you can achieve and at parents to your interests, and they in turn will help you become an aspiring actor.

Scroll through the latest news of your city and region. You might meet an invitation from the advertising company to come to the casting. With simple promotional video has launched many famous actors. Even if you don't expect to get the role, you still go to the casting, as this will expand your comfort zone, and that the actor most important.

In your development can help special books that describe the theory of dramatic art Before reading everything, try to figure out which sources you can trust. For example, the introduction at least in theory, to the Stanislavski system, of course, will give you a great impetus to the development of acting.

Constantly training it, reading complex passages from books aloud, learn to control your emotions, take yourself on a video camera to get used to and feel relaxed in front of the lens.

Even if you think that you are ready to play a major role, and you will be offered a secondary plan, never in a hurry to give up. Read the biography of Marilyn Monroe: early career and her role was not as serious as in the famous film "In a jazz only girls". Directors to the end did not want to notice her talent, but the actress is so masterfully played his minor role, that the audience came to the cinema just to see her.
Is the advice useful?
See also
Присоединяйтесь к нам
New advices