Can you work with children under the age of 18?

The teenager is committed as soon as possible to become independent. The independence stems largely from the opportunity to earn. It happens that a young man comes to the personnel Department or to the owner, where there seems to be suitable for a position. But the personnel Manager explains that the applicant can not take, because he has not reached necessary to replace the vacancy of age. 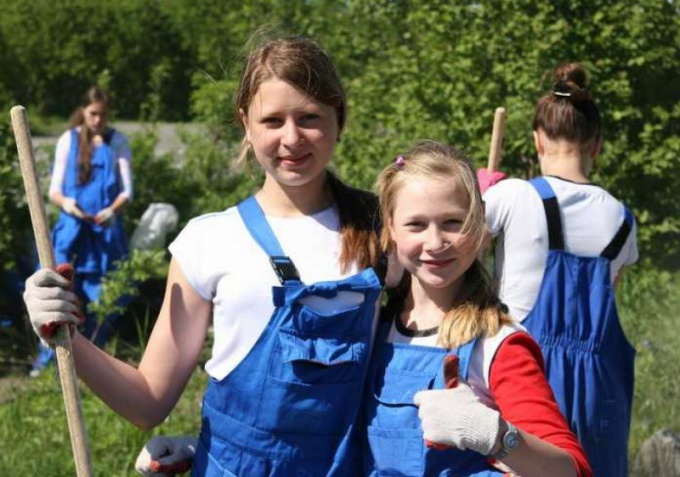 The right to work and right to education

Russian legislation allowed the recruitment of people under the age of majority, but such workers have a number of benefits. The conditions of work for adolescents from 14 to 16 years and young people from 16 to 18 will be different. The employment contract may be concluded with a person younger than 16 years. In certain cases, stipulated by Federal legislation, the employment contract is possible from a 15-year-old if he has already received General secondary education, compulsory for all citizens of Russia. The right to education is one of the most important constitutional rights of a young man in Russia. But in some cases, a teenager can leave school without General secondary education. This is allowed in exceptional cases with the permission of the parents or other legal representatives, and in consultation with the local authority responsible for education. This is usually the Department or Board of education. There are situations where a young person under the age of 14, expelled from educational institutions for unlawful acts. The school must communicate its decision to the education Committee for three days before the dismissal and the issue of employment decides the local authority. Usually the Commission on minors ' Affairs and protection of their rights. The workplace gets through the employment Center. In exceptional cases, allowed the employment of adolescents under the age of 14. This applies mainly to children left without parental care. The employment Commission on Affairs of minors.

In cases stipulated by the Federal legislation, the employment contract is possible from a 15-year-old if he has already received General secondary education, compulsory for all citizens of Russia.


Work in your free time

Some teenagers, not wanting to leave school, tend to earn pocket money. The opportunity the Russian legislation is also provided. He will have to enlist the consent of a parent or guardian to work on holidays, or even during the school year in their spare time. A temporary employment contract may be concluded with the teenager who has reached 14 years. One of the most popular forms of employment – summer work camp, or youth brigade, established by the Committee on youth Affairs. In many regions these forms of temporary employment are practiced so that the young person needs to contact the appropriate Committee. There he will explain, what documents are needed, will help to collect the missing, provide the form of contract. In addition, the municipality in this case is responsible for the observance of the rights of a teenager.

Work should be light and not harm the health. Teens can work on the beautification of the city, post ads, participate in concert programs, typing, etc.

What documents are needed?

Before you get a job, you need to collect a set of documents. It is a passport, which the Russian citizen receives at age 14, INN, the certificate on pension insurance, as well as the document on the consent of a parent, guardian or custodian. If the child gets a job during the school year, need help their school confirmation schedule of classes. The young men of the youth of premilitary age required document from the military registration. Need a medical examination. When hiring minors for medical check-up paid by the employer.

How much can you work

Young people under the age of 18 cannot work in hazardous or dangerous conditions. He should not lift heavy things, his work should not be related to business trips, night shifts, overtime work. A teenager under the age of 16 may not work more than 24 hours a week and young people from 16 to 18 years – 35 hours per week. Working day of a teenager 15 to 16 years is 5 hours, a young person of 16 to 17 years – 7 hours. During the school year work day even less – no more than 2.5 hours for children aged 14-16 and 3.5 hours for those who have reached the age of 16. The work is paid in full, provided for this workplace. It should be noted that the dismissal of the juvenile, unless employed on fixed-term employment contract is allowed only with the permission of the state labour Inspectorate and Commission on minors.
Is the advice useful?
See also
Присоединяйтесь к нам
New advices