Why the body bruises for no reason

Suddenly bruising is a rather unpleasant problem for girls and women. Most often such unexpected hematomas occur on the legs. There are several reasons for their occurrence. 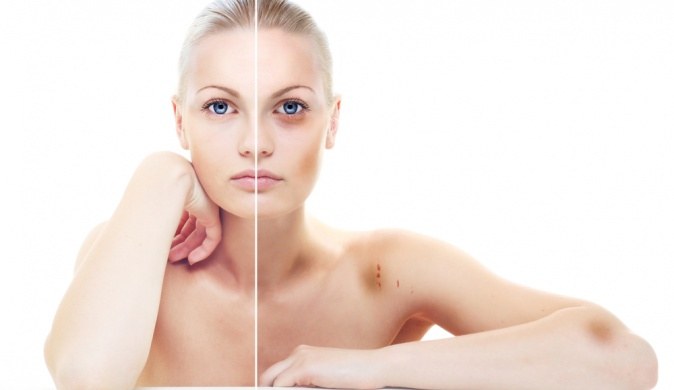 Related articles:
The struggle with unwanted bruises escalates in spring and summer, as outdoor clothes suggests a lack of such "markings". In fact, if bruises occur frequently and without apparent reason, should seriously reflect on the General state of the organism. After all, such markings can indicate serious problems or diseases that need attention.

The most simple and "harmless" cause of the "spontaneous" bruising hypovitaminosis. Lack of important vitamins that are responsible for the condition of the blood vessels and can lead to unpleasant consequences. It is advisable to drink a course of vitamins after consulting a doctor. Vitamin C, for example, strengthens the walls of blood vessels, vitamin e combats the appearance of vascular plaques, and vitamin K regulates the degree of blood clotting.


To cause such bruises can deficiency of calcium, cobalt or selenium. These elements are important for vascular health. They provide elasticity and strength, strengthen the walls of blood vessels. If in the body there is a serious lack of them, the probability to detect on the body of nasty stains and bruising increases.

Bruise - a reason to go to the doctor

Serious diseases like cirrhosis or hepatitis can cause the appearance of unexpected bruises. The main function of the liver regulation of blood coagulation, when the liver is weakened or "buggy", hematomas and bruises can appear "out of the blue".
Genetic diseases of the blood also can contribute to the appearance of unexpected bruises. Such diseases are usually referred to hemophilia, a disease von Willebrand, thrombocytopenia, and others. The unifying feature of all these diseases is a predisposition to serious bleeding, it is associated with a low platelet count. In this situation, the bruises are the least of our problems. If during a scheduled or unscheduled survey, you identified a similar disease, refer to a good specialist.


If you constantly get bruises for no apparent reason, contact your doctor. Spots, bruising and bruises quite often indicate a serious diseases, to do in such a situation, self-treatment is not necessary. To identify the cause and prescribe the correct treatment can only be a good doctor. To improve the effect of the treatment you must eat maximum amount of fruits and vegetables and to walk in the fresh air.
Is the advice useful?
See also
Подписывайтесь на наш канал