Where to complain about cars

None of the yard residents are not immune from the stranded car, which will stand for months, for years. It is gradually torn in parts, and this is not just an unattended automobile, and real clunkers. Or perhaps someone is parked on the sidewalk, and it prevents pedestrians. In fact, and in another case you need to complain where necessary and this machine will be removed, however, we must also know where to complain. 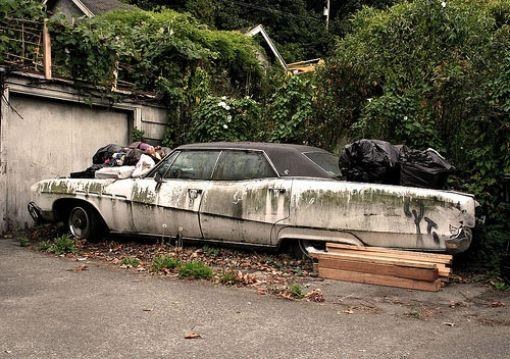 Related articles:
Instruction
1
Have you noticed a parked car in the yard, she stands at the curb or prevents the passage of other vehicles. With the look she's all right, that is clear to see that the car is not abandoned, but the owner been a while. In this case it would be appropriate to apply to the traffic police.
2
Take a picture of the car, Parking lot, write a letter to the head of the traffic police unit where you intend to apply. The application form is free. To send the application in traffic police by mail or you can write an e-mail. Another option is to go to the district. In the result of incorrectly parked car will drive to a special Parking area.
3
What to do if the car is parked all the rules and traffic violations not? If the car is in the yard for a long time (for example, a couple of weeks), and cannot set its owner, you can contact the police about a suspicious vehicle. Because cars can be stolen. But if it turns out that, say, the owner is resting himself somewhere abroad, the authorities will not claim to it, unless the car is parked according to the rules.
4
The situation avtohlama thrown in the yard. From the car, which is not "signs of life", which was taken away for parts and it was not the car, and debris can be removed by contacting local authorities.
5
Take a picture of the abandoned car, write to the local administration, municipality a statement in which ask to take measures to eliminate avtohlama.
6
Then everything will depend on what regulatory instruments are in your community. Most often in cases when you want to remove from the yard clunkers, after receipt of the application the representatives of the traffic police and local authorities collect a Commission, whose members check the facts contained in the statement, identify the owner of the car, and he gets the instruction with the requirement to bring your car in order. A similar requirement is posted on the car, if the owner failed to install.
7
Waiting for the reaction of the owner of the abandoned cars are usually about 30 days, after which the vehicle is evacuated and disposed. The costs for this are paid from the local budget if the auto owner could not be established.
Is the advice useful?
See also
Присоединяйтесь к нам
New advices