What would happen if every day to drink beer

For daily consumption of beer due to increased urination the body of the washed micro - and macronutrients. Without them the functioning of some organs and systems can not be complete. The lack of magnesium, potassium, vitamin C becomes a cause of irritability, insomnia, frequent colds. 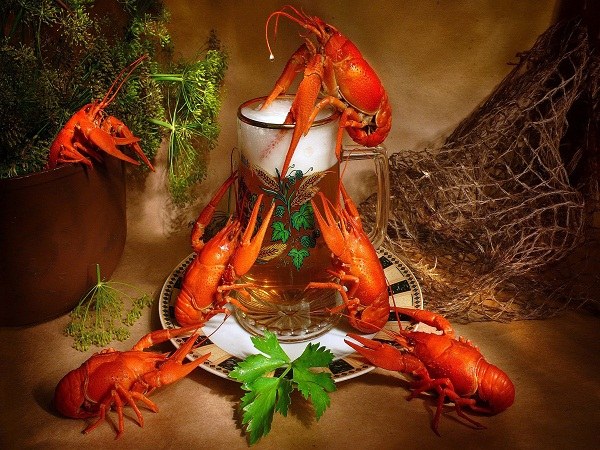 What explains the need for daily consumption of beer?

A bottle of beer as a relaxing means for many men has become the norm. Alcoholic or non-alcoholic, it is firmly entrenched in the mind as a constant attribute of the get-togethers with friends and watching TV. Some of his drink and, without a reason, comparing with lemonade or mineral water.

Young people who start with one glass of this drink a day, do not want to believe that soon their needs will increase significantly. Not counting the beer is a serious drink, addicted to them and pregnant women who do not understand how adversely it can affect the development of the future baby.

All calls of the wife to her husband "to clean up their act" are frustrated and end the scandals. The man does not understand, fell into a kind of addiction beer alcoholism in complete control of the human mind.

How the body will react, if every day people will be drinking beer?

Men have a particular beer belly, which they call a bundle of nerves, increasing the chest and reduced potency. Women have punched the mustache. Regardless of sex, beer drinker raises blood pressure and develop allergic reactions. All this testifies to the disorders in the body caused by the abuse of beer.

From the digestive tract, the first takes the brunt of the stomach. Due to daily digest beer affects his mucous tissue, which can not affect the process of digestion. The result – constant nausea, taste of metal in mouth, gastritis, violation of the chair.

Unfounded the growing belly, anger and aggression, lone gatherings with a beer bottle and use it as doping the true signs of alcohol beer.

Kidneys even after a single glass of beer begin to work in emergency mode. Frequent consumption of beer happen to local infarcts, hemorrhage, sclerosis of renal vessels. As for liver, in a constant struggle with beer it gets sore and even suffers from a chronic beer hepatitis. No symptoms in the development of this process the person is not watching, but this does not exclude the development of such dire consequences such as cirrhosis of the liver.

And will anything happen to the heart if every day to pass on glass? To this question the answer is not comforting, because beer has exceptional ability to increase heart. The so-called bull's heart becomes the cause of development of various cardiac pathologies, until the stroke.
Is the advice useful?
See also
Присоединяйтесь к нам
New advices