How to give up beer

The beer is currently one of the most popular alcoholic beverages. Many people think that a couple of Beers after work helps relieve irritability and fatigue. However, over time the consumption of beer turns into habit, which is not so easy to fight. 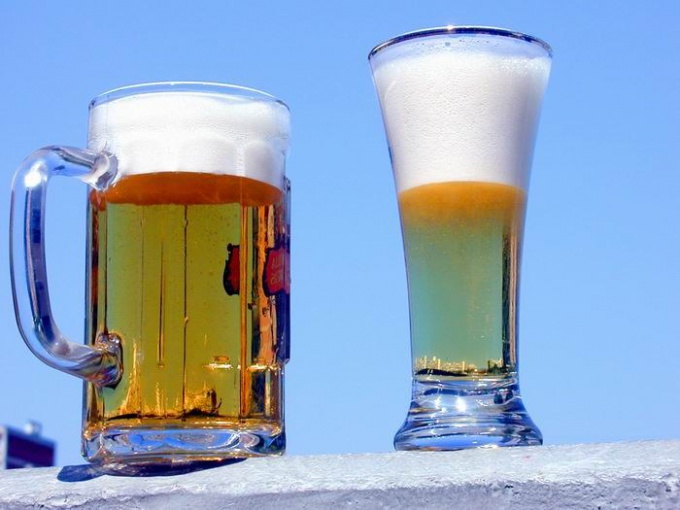 Awareness of the problem

The problem is that after some time regular use of beer for relaxation, people can't relax without a couple of bottles of beer, and then two to three bottles is too little, and the person begins to drink beer in too large quantities, which, of course, affects their health.

The idea of giving up beer, of course, good. However, many people just can not implement it. Of course, you can just restrict yourself to drink beer, but most often such bans last until the first parties with friends, so we have to act are more subtle.

First you need to determine and articulate the reasons why you want to give up beer. Unfortunately, the negative influence of beer is difficult to overstate. First, that drink is very seriously suffering heart, especially with regular use. Secondly, it is visibly growing belly. Thirdly, beer can cause impotence because it inhibits the production of male sex hormones.

The sequence of actions

After determining the reasons you want to give up beer, you need to make a clear and precise plan. Of course, you can just stop drinking beer, but are capable of such feats few, in the end, such a waiver is effective until the first party. It is better to make a plan according to which you will gradually reduce the number of drunk beer. Give yourself six months to refuse this habit. During the first month drink beer once a week, for the second and third drink a beer every two weeks, respectively, in the remaining months try to drink beer even less often.

To follow the action plan was easier, realize that is your sole reason for drinking this beverage. Most people drink beer to kill the boredom, to relieve stress or to relax. Finding the reason, try to replace the consumption of beer walks, watching movies, organize regular cultural activities, diversify your life. A more active lifestyle will allow you to give up beer, as the only way of relaxing.

Learn to set yourself limits and to comply with the terms of the contract with yourself. If you meet with friends in a pub or bar, think for yourself that during these get-togethers you don't have to drink beer more than two drinks. Control yourself, do not let the control to weaken, over time, such restraint will be given to you much easier.
Is the advice useful?
See also
Подписывайтесь на наш канал