What you can drink beer

The shops are filled a variety of Beers. Among all this diversity it is necessary to understand what is beer and what is just a beer drink. And what kind of beer you can drink. 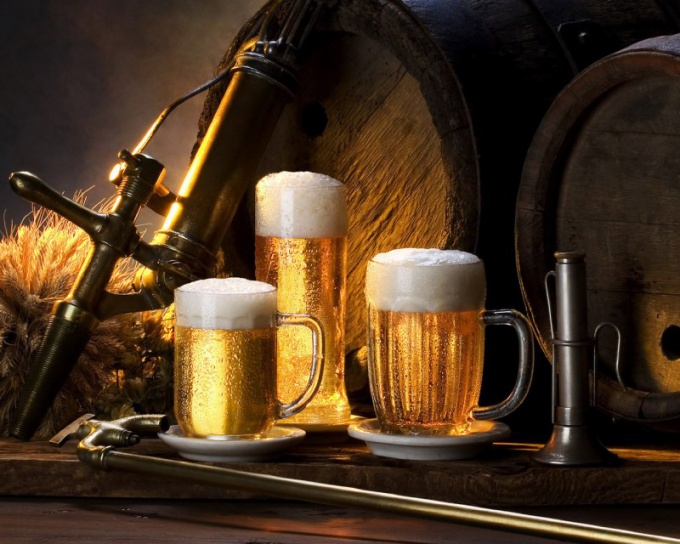 The letter of the law

The new GOST R 51174-2009 relating to the manufacture of beer, reglamentary those ingredients that should be in its composition. These include: malt brewing barley, brewing wheat malt, drinking water, sugar, hops or hops pellets, grain products (barley, wheat), wheat semolina, rice, corn, yeast brewer's. Each of these ingredients has its own requirements, which can be found in the text of the standard. As can be seen from this list, intoxicating drink, which is brewed here, and now in Russia, has little in common with what is called natural beer as a product of fermentation.

The USSR had its requirements for the brewing process, and these requirements were almost identical to German. The first Federal standards governing not only the composition of beer, but the process of boiling, was the GOST 3473-53. To him time is very strict requirements for its composition, namely: brewing barley malt, hops and water. All. Nothing more. That is a really high-quality beer. With each subsequent revision of GOST (GOST 3473-69, 3473-78 GOST and GOST R 51174-2009) in its structure allowed more grains, sugar, yeast, etc. All this led to the fact that in Russia it is almost impossible to find that beer that would be brewed from only three components - water, malt and hops.

What kind of beer to drink

What can a consumer, being in such cramped conditions? First, compliance with state standards. If the brand of beer purely Russian, the beer must conform to the standards of 2009. If the brand of beer - foreign, but it is brewed under license in Russia, you meet the state standards it is not necessary. The fact that foreign manufacturers, before giving the permission to brew beer in other countries, impose to the plant specific requirements for the composition and technology of cooking of the product under their brand name. And these requirements are not always fall under the requirements of GOST. A living example - beer is Hoegaarden. The Belgians add the orange zest and coriander. Corresponding requirements apply to Breweries in other countries, brewing it under license. So it's no surprise that beer is Hoegaarden, brewed in Russia, does not meet the requirements of GOST. The same applies to many other brands that are exported abroad to Russia from England, France, Germany, Australia, Holland, New Zealand etc. each of these countries have their own standards to the brewing of malt liquor, some of which evolved over the centuries.

If your budget is limited, but good beer anyway you want, you'll have a good dig on the shelves. Now it's possible to find beer brewed by the standards of 1978. And in part it can be malt, water and hops. The question arises - why is the beer with such ingredients do not fall under the standards of 1953? The answer is simple - the differences in the process when cooking. Because the GOST regulates not only the composition but also the process of making intoxicating drink. So it can be quite good in quality and taste.
Is the advice useful?
See also
Присоединяйтесь к нам
New advices