How to get to Belgorod

Belgorod is not only famous for the white mountains and that is the last major settlement before the Russian-Ukrainian border, but also the first got at the time, the title "City of military glory". And there are many museums, architectural monuments and Orthodox churches. 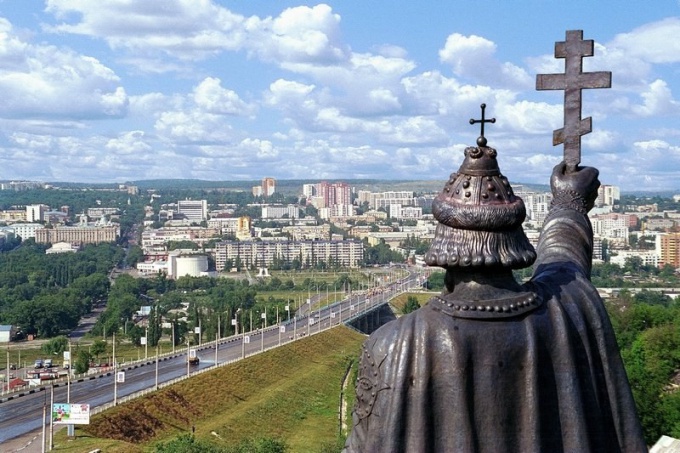 Related articles:
Instruction
1
The fastest way to get to Belgorod on the airplane. From the airport "Domodedovo" flights "Moscow — Belgorod" airline "Muscovy" and "Flight" from the airport "Vnukovo" on the route cruise ships airlines "Gazpromavia", "UTair" and "Anadolu jet". In all cases the time spent in a flight will be 1 hour 35 minutes.
2
Those who are afraid to fly airplanes and especially domestic flights, it is better to get to Belgorod by train long distance. Trains "Moscow — Belgorod, Moscow — Donetsk, Moscow — Kharkov, Moscow — Sevastopol, Moscow — Simferopol, Moscow — Kremenchug" and "Moscow — Kiev" depart from Kursky station of the Russian capital. The time that will spend on the road is 9 hours and 50 minutes.
3
Those travelers who are afraid of planes and not very fond of long-distance trains can get to Belgorod by bus. From the bus station "Novoyasenevskaya" every day off the bus "Moscow — Kerch" and "Moskva — Stakhanov". Get off at the stop "Belgorod. The route" and travel time is 8 hours and 50 minutes.
4
There is a second option the bus trip. From the Shchelkovo bus station four times a week departing flight "Moscow — Simferopol". Out, as in the first case, it is necessary to stop the "Belgorod. The route".
5
It is possible to get from Moscow to Belgorod by car. According to the first embodiment, it is necessary to move on the highway M-2 Crimea through Tula, Orel and Kursk, and nowhere to turn. In the end, the highway will bring to Belgorod.
6
There is a second way to travel to Belgorod by car. It is necessary to travel on the highway M-4 don via Novomoskovsk and Dace to Voronezh. And then go to the track R-189, which will lead to the outskirts of Belgorod. In both cases the journey takes 9 hours and 50 minutes. But only in the case when there is no congestion.
Is the advice useful?
See also
Показать еще
Подписывайтесь на наш канал