How to get to Kaliningrad

Kaliningrad – the most Western point of Russia. The uniqueness of this region is that it does not border with the Russian Federation. That's why many travelers who prefer domestic tourism, do not hesitate to visit this amazing city. However, the access to Kaliningrad is not so difficult. 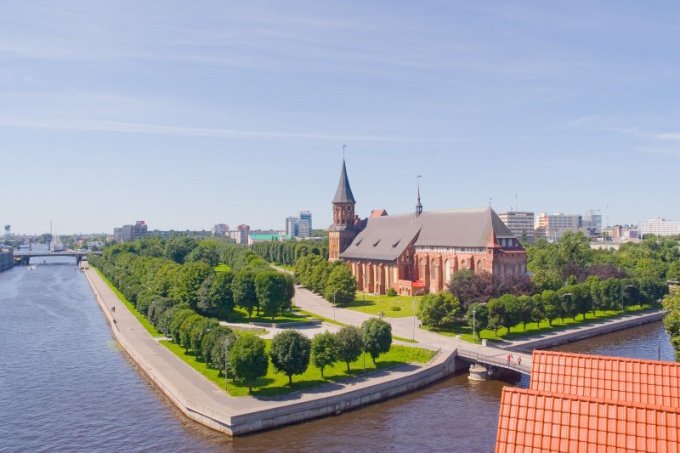 Related articles:
You will need
Instruction
1
Go to Kaliningrad by train. It would seem that this option is the easiest and cheapest. However, it has its own peculiarities. This part goes through the territory of the Republic of Lithuania. After Lithuania joined the European Union, all passengers traveling to Kaliningrad, are required to have a passport. Only on this document you can purchase a ticket and Board the train. But that's not all. After the departure of the train, you must fill out a special form on which you will be given DFC (simplified transit document). This document is valid for travel there and back. From Moscow to Kaliningrad trains from Belorussky railway station.
2
Fly to Kaliningrad by plane. If you do not have a passport, you can buy a plane ticket. To do this you need only an ordinary Russian passport. You can buy tickets in any ticket office, airline office or online. Daily from Moscow to Kaliningrad it offers a number of regular flights of different airlines. Flight time is about 1 hour 50 minutes. From other cities there are flights, but many of them are not performed every day or only fly in a certain seasonal period.
3
Reach to Kaliningrad by ferry. The most fun way to get to Kaliningrad – the trip by ferry on the Baltic sea. The ferry runs between Ust-Luga (150 km from St. Petersburg) and the Baltic town (45 km from Kaliningrad). The trip will last about 40 hours. For passengers there are comfortable cabins, and in the ticket price already includes three meals a day. In addition, the ferry is able to accommodate 330 cars. So you can take a trip on a private car, which will greatly facilitate sightseeing in the Kaliningrad region.
Note
Because of the peculiarities of travel train tickets to Kaliningrad cannot be bought over the Internet. Beware of scams that offer such a service.
Useful advice
The cheapest way to buy airline tickets to Kaliningrad, you can order them via the Internet on the official website of the airline. Thus, you will not have to pay middlemen or pay a service fee when purchasing tickets at the box office.
Is the advice useful?
See also
Присоединяйтесь к нам
New advices