What documents are needed to travel to Kaliningrad

To get to Kaliningrad by train, plane or private car. But depending on the type of transport that a traveler will choose to travel to the former königsberg, with you will need to take a different list of documents. 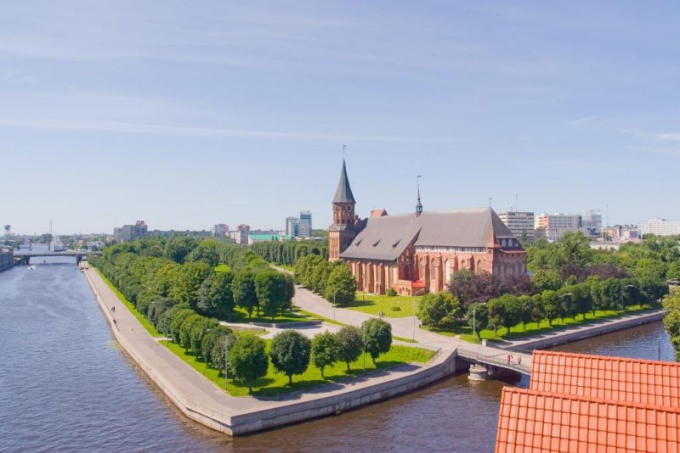 Related articles:
You will need
Instruction
1
To reach Kaliningrad by train without a valid passport impossible, because in order to get into the city, you must drive through two States – Belarus and Lithuania. And if the visa-free regime in the Republic of Belarus allows the Russians to move across the country for a regular passport, Lithuania has such agreements no. Therefore, to without incident to travel in transit through Lithuania, you need to have a valid passport. However, not only him. For passengers traveling via Lithuania to Kaliningrad by train, issued a special document – DFC railway. Simplified travel document allows staying on the territory of the Republic for no longer than 6 hours. Nominally DFC is equivalent to a visa, but does not allow crossing the Lithuanian border on another form of transport other than railway. The document is issued at purchase of the ticket at the railway ticket office. After that, the consular Department of Lithuania sends a request that takes at least twenty-eight hours. After this time the passenger needs to go to the cashier and learn about the decision of the Lithuanian side. In case of negative response the passenger may return the ticket and get a refund.
2
Travel to Kaliningrad by plane is not only faster than the train trip, but also involves less paperwork. You can buy the ticket like for a regular and foreign passport. In this design no additional documents (visas) are required. Of course, if you don't have a 2-3 day trip from Kaliningrad to Lithuania or to Poland. Then a Schengen visa in the country you plan to go, definitely.
3
In order to get to Kaliningrad by car, it is also necessary to issue a Schengen visa. To obtain the consular Department of the Embassy you need to provide a package of documents which includes: a completed application form, photos, medical insurance, a copy of the pages of the Russian passport, a Bank statement or proof of work, detailed information on the route of travel and receipt of paid visa fee. For those who often travel to Kaliningrad, there is a possibility of registration of UTD – simplified transport document. But it give only to those who registered in the Kaliningrad region who have relatives living there or who often travels to the former königsberg on business.
Note
To buy tickets for the train to Kaliningrad on an emergency basis will not work - consular officers must be at least 28 hours to make a decision on the issuance of simplified travel documents. By the way, to take a train at random, if the results of UPD was denied, will not work: no DFC, no one will put the traveler on the train.
Useful advice
The most convenient and fastest way to move, to avoid red tape with the documents is a plane. The cost of tickets can be quite budget if you book them for 3-4 months prior to intended date of travel.
Is the advice useful?
See also
Присоединяйтесь к нам
New advices