How to get to Kaliningrad

KaliningradSkye area - the Western end of the Russian Federation. It's a small piece of Europe within the country. Kaliningrad (former königsberg) is the administrative center of the region, from year to year is the top of the charts as the best city and most beautiful town. It involves in the Kaliningrad tourists from all over the country. 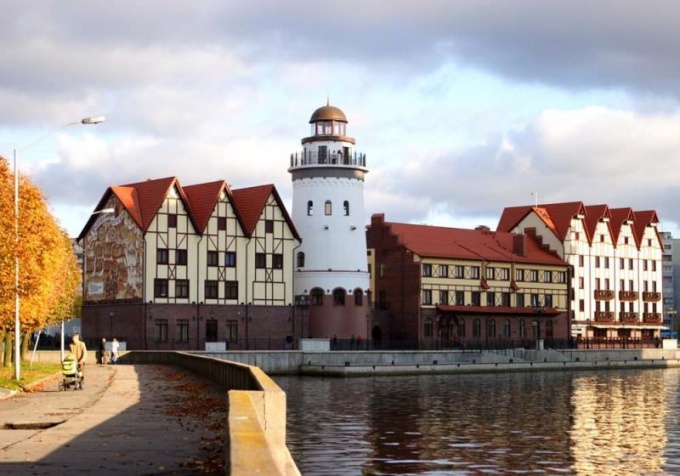 Plane, train, car how to get to Kaliningrad

The most convenient way to get to Kaliningrad is air transport. Travel time from Moscow to the city Khrabrovo airport is about two hours. A day is performed several flights with different airlines from three airports - Vnukovo, Domodedovo and Sheremetyevo. The cost of the ticket is 3,700 rubles, not much above the price of second-class ticket from Moscow to Kaliningrad. Flights are carried out at a convenient time - morning, afternoon, and evening.

From Moscow to Kaliningrad goes one brand train "Yantar". He goes to 14-29 with the Belarusian station. Journey time is 20 hours and 58 minutes. The cost of second - class ticket-from 3000 rubles, coupe - from 4000 rubles. When moving by train should remember that it takes several borders, including Lithuania. With this country Russia has no agreements on visa-free entry. That is, even in order to cross a part of the territory of Lithuania in transit, you need to have a permit. This may be a Schengen visa or a special simplified travel document to travel by rail. It should be available at the box office of Russian Railways, after the purchase of a ticket on the train. A request for his extradition is sent by the Railways employees in the Lithuanian Consulate, and within a few days comes the answer. Permit, the passenger can get in the international box office. If a positive response from the Lithuanian Consulate is not received, the ticket will have to pass.

To drive from Russia to Kaliningrad need to have a passport and visas - Polish or Lithuanian. You can get them at the Embassy of these countries, providing a list of required documents. And still have to buy international insurance, the so-called "green card". Without it, when crossing the border with a foreign country, problems may arise.

In Kaliningrad on the sea - how to get

For those who loves journey on the water, there is another way to get to Kaliningrad by the Baltic sea. There is a ferry from Ust-Luga, 150 kilometers from St. Petersburg. Ferry is convenient for those who want to get to Kaliningrad by car without a Schengen visa. In the path of this waterway about forty hours. The cost of the passenger ticket, from 3600 rubles. A travel document by a passenger car - 15 from 700 rubles. Along the way the ferry goes in the German port city of Sassnitz. But to land there will only be those who have a passport with a Schengen visa.
Is the advice useful?
See also
Подписывайтесь на наш канал