How to get to Berdyansk

Berdyansk is known primarily as climate, sea and mud resort in Ukraine. Moreover, the city has the status of resort of national importance. In recent years, the number of tourists from Russia several times — everyone wants to treat mud. 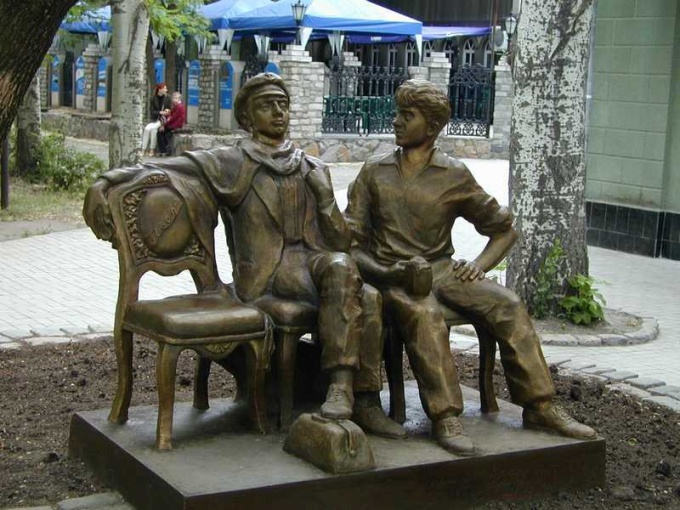 Related articles:
Instruction
1
To Berdyansk can be reached by airplane with one change on land transportation. Every day from the airport "Domodedovo" fly flight "Moscow — Dnepropetrovsk" airlines "Transaero" and "Dniproavia" and "Sheremetyevo" up in the air liners of airline "Aeroflot". At the airport Dnepropetrovsk you have to sit on the bus "Dnepropetrovsk — Berdyansk". Get off at the stop "Central bus station" or a little earlier — at the station "Berdyansk. The route". Total travel time is 3 hours and 50 minutes.
2
For those who for whatever reason are afraid to fly both domestic and international flights, there is an alternative — a long-distance train. Part of "Moscow — Berdyansk" departs from the Kursk railway station of the Russian capital three times a week. Travel time will be 27 hours.
3
There is the option of a trip to Berdyansk by bus. Twice a week from Shchelkovo bus station departs the flight "Moscow — Berdyansk". Journey time is 17 hours and 30 minutes, and get off either at the station "Berdyansk. The track" or at a final stop "Central bus station".
4
Pretty easy to get to Berdyansk by car. For this we need to go from Moscow on the highway M-2 Crimea in Orel, Kursk and Belgorod. After the Russian-Ukrainian border, follow the highway E-105 through the Novomoskovsk, Dnepropetrovsk and Zaporozhye. The main thing is nowhere to turn, route E-105 will lead to Berdyansk.
5
There is a second option of a trip from Moscow to Berdyansk. For this we need to travel on the highway M-4 the Crimea in Yelets and Voronezh, and then smoothly go to the highway R-272, which in Lugansk and Donetsk will bring to Berdyansk. In both cases, the road to your destination will take approximately 16 hours and 50 minutes. But if on the roads and at large settlements will be traffic jams, the time spent in transit may last for three to four hours.
Is the advice useful?
See also
Подписывайтесь на наш канал