What will happen to the ruble in 2016, according to experts

Looking at the December quotes of the ruble against the dollar and the Euro, many residents wonder what awaits our wood in 2016. Expert opinions in this matter differ. Someone is abusing the Bank of Russia for the inept and even sabotage actions, others blame the US, artificially falling world oil prices, others see the collapse of a conspiracy of speculators. Whatever the reasons for this situation, anyone who has any savings, it is important to understand what will happen to the ruble in 2016, in which to invest funds to preserve and enhance. 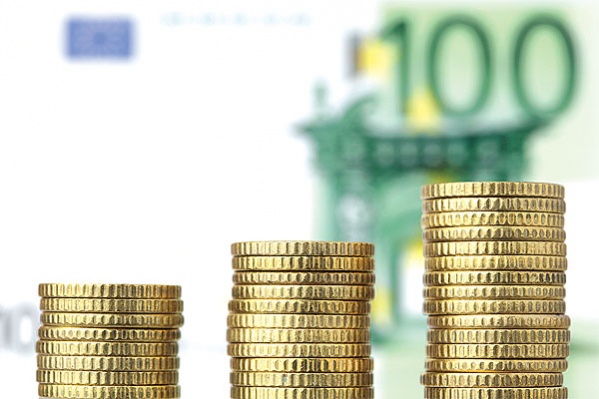 What determines the fall of the ruble

Less experts try to make predictions on the ruble exchange rate in 2016, as it affects not only the complex processes occurring in the world economy, but also political, social and other factors.

The main reasons for the weakening of the ruble in the end of the year are:

- the fall in world oil prices, which depend on the size of tax revenues to the Russian Treasury;

- the Russian Central Bank's transition to a floating exchange rate;

- a rise in loans to large businesses;

- capital outflows associated with the instability of the economy;

- speculative sentiment in business and society.

Most of these factors are virtually beyond the control of the top leadership of the country, and the actions of the Government and the Bank of Russia in a critical situation can be unpredictable, and therefore probably to say what will happen with the ruble in 2016, is quite difficult.

However, let's consider the possible scenarios that could lead to the fall of the ruble 2016 or its growth.

What will happen to the ruble in 2016: positive and negative trends

1. One of the defining factors of the weakening national currency are the prices on oil. More than half of all revenues in the Russian budget comes from companies that sell hydrocarbons. By lowering the price of oil below $ 40 per barrel of Brent government will be a shortfall of about one third of the planned income. However, even politicians and experts do not allow such a deplorable scenario, the budget for next year is drawn up based on oil prices of 50 dollars per barrel.

The press can meet the assumptions of an artificially low cost of hydrocarbons and the collusion of the US Government and the oil producing countries of OPEC. The experts have stated that at an oil price of less than $ 60 per barrel, many companies will leave the market, so as to extract raw materials will become unprofitable. In particular, the names were called American companies selling shale oil production which is much more expensive.

This supply reduction would cause a higher production of oil companies, allowing the ruble in 2016 could be strengthened. However, at the Congress of the OPEC countries, the observer, which is Russia, once again, it was decided to maintain the previous level of production. The UAE energy Minister said that oil will be sold by them even at $ 40 per barrel. Besides, next year the market could leave Iran with sanctions lifted.

Thus, to expect a significant increase in prices of this hydrocarbon is not necessary. The most that will happen to oil prices in 2016 is only a small strengthening.

2. Central Bank of the Russian Federation in early 2015 released the ruble float freely, and its price is now set by the market. At the end of last year, he repeatedly went up for auction with foreign exchange interventions, allowing the ruble won back a few points. This, of course, reduced the size of the reserves. The Bank of Russia repeatedly raised the key rate, but the last changes did not bring success, and the ruble continued its rapid decline.

According to the head of the Central Bank, support the national currency in 2018, particularly in moments of crisis all the same will be done.

By the way, in political circles lately, there is talk about the nationalization of the Central Bank, which is actually not subject to the state and not only its foreign exchange reserves to Supplement the budget, as in accordance with the Constitution, is not liable for the obligations of the state. Nationalization can play a positive role in strengthening the country's economy and ruble if the competent management of gold reserves.

3. The importance of the discussed political processes. This military action on the border of Russia, and collective accusations of the West of our country to participate in this war, and the sanctions which resulted in the large domestic companies were left without access to foreign currency borrowing. According to most experts, the conflict in Ukraine drags on for a long period, and therefore sanctions will continue to affect the economy and the currency market in Russia. Thus, answering the question of what will happen to the ruble in 2016, we can say that the political pressure on our country will continue to influence and enhance the rate of decline of the ruble.

3. The success of foreign currency in the market provide in times of crisis, speculators who rushed to buy dollars and euros, in the hope that the ruble in 2016 will fall and devaluation. Many exporting companies are not in a hurry to turn into rubles its foreign exchange earnings, and the population prefers to get rid of ruble deposits and buy foreign currency, Recalling the events of 90-ies.

The distrust of the national currency and the desire to get easy money in the fall of the ruble in 2014 and 2015 will increase the demand for dollars and euros. In accordance with the law of the market the increase in demand leads to an increase in the cost of foreign currency. Also a negative impact on the rate affects the outflow of capital, which is often invested in real estate and business abroad. The reduction of foreign currency reduces its supply, and the result again leads to the weakening of the ruble.

Most experts believe that the ruble will begin to strengthen in the first quarter of 2016, then the national currency did not expect such a serious fall.

It is associated primarily with the slowdown in the decline in oil prices and measures by OPEC when the critical level of less than 40 dollars per barrel.

Should also have a positive effect on retention at a high enough level of the Central Bank's key rate, the development of industry related to oil and gas.

Smaller market participants will buy the currency, which is always needed by business and government at the end of the year to repay international loans.

The currency will be sold in early 2016 exporters, as it will be necessary to pay taxes to the Russian budget.

To have a positive impact may be extended in the President's address to the Federal Assembly, the Amnesty of capital.

And even the slow strengthening of the ruble could create panic among speculators, who will also start to sell the currency in order not to miss the previously obtained benefit. As a result of the increased supply of the currency prices will start to go down.

In any case, it is indefinitely such a fall wood cannot continue.

Answering the question, what will happen to the ruble in 2016, and where to invest money, you can talk about the great instability of the currency market, the undervaluation of Russian money and danger big financial loss when buying dollars and euros at such a high rate.

Those who have ruble savings, it is better to invest in real estate, which is a more reliable asset at all times. If the desire to buy the currency is too high, it is possible to "put eggs in different baskets" by purchasing various types of foreign currency but preserve the funds in Russian money. This will help to avoid serious losses in the fall in 2016 of the ruble and other currencies.