Where to send the script

Script writing is a specific genre of literature, which requires author's special skills. But even the most talented writer sooner or later face the problem of where exactly it can send your script for a further film adaptation of the latter. 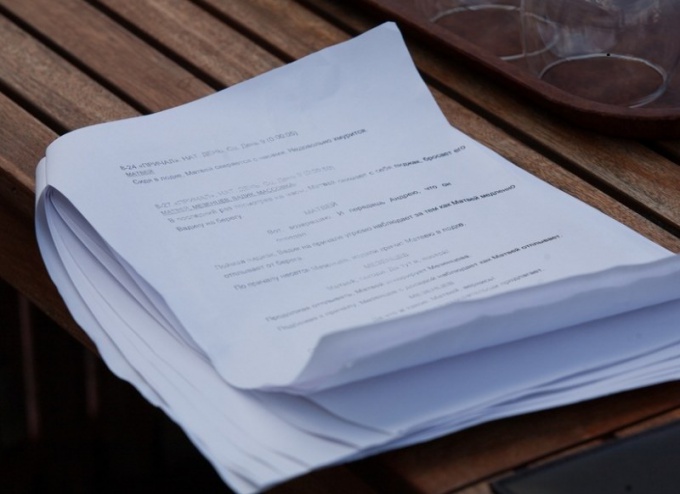 Related articles:
Instruction
1
The script suited the taste of the editors of the major film companies, the author must do everything to get his work consistent with the requirements of modern cinema. The writer needs to understand that his work is a detailed instruction to shoot, and it should therefore be created in accordance with all the rules of cinerella. To bring the script in order, author need to read the manual on screenwriting craft (or better – several). Modern filmmakers speak highly enough about the books of Alexander Mitta "Between hell and Paradise" and Linda Seger "Like a good script to do great."
2
Once the script meets all the requirements, you can begin to promote it. For a start the author need to create a request to the script, which must contain the following parameters: the name of the writer and their contact information, the name of the film, number of episodes (if we are talking about the show), the potential audience, genre, description, main characters, synopsis. The application should not exceed two pages, otherwise it just won't read.
3
In addition, the writer will need to protect your work and your copyright on it. You can register the script in the patent office or confirm the rights to the work at the notary, but it is recommended that when the author is no longer going to process it. Otherwise, a writer could publish his work on the Internet portals that protect copyright Proza.ru or Screenwriter.ru. If necessary, the writer will be able to prove their authorship of the script, referring to the information data portals. The portal Screenwriter.ru differs from the others because here the writers share their experiences and reviewing each other's work.
4
Now need to get a whole list of film studios of the country in which the writer intends to publish their own work. Each Studio has its own editorial office, where staff are looking for talented script. The first step is to send editors a request, and if it catches their attention, send the script. The manuscript is not reviewed and not returned, so if it will not interest the editor, the author can not wait for a response.
5
In Russia and abroad quite often held competitions for writers, the winners of which get the chance to screen his work. Announcements of such events are published quite often on the forums dedicated to screenwriting. If desired, the writer could participate in such a contest, but there is no guarantee that the film based on his script would indeed be removed.
Is the advice useful?
See also
Присоединяйтесь к нам
New advices