How to write a script for a documentary

Among professionals of documentary filmmaking has long been a debate: whether to write the script of the film prior to filming or not? Some authors write only after shots - they claim that it is impossible to predict how will the development of events, because in the documentary cinema Director is life itself. Others insist that, even taking the film by means of cinema observation, it is impossible to abandon the script. 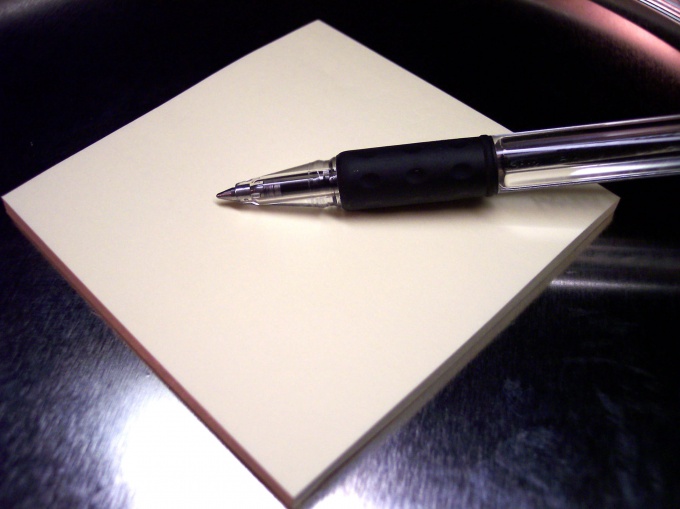 Related articles:
You will need
Instruction
1
Decide the format of the future film. Very conditional documentaries can be divided into television and author. The first involves having a tight script, elaborate plot turns. As a rule, in the television moviex heroes give an interview. Auteur cinema has a distinctive vision of the Director, the refusal of templates, using innovative filming techniques (for example, by the method long kinonablyudeniya). Please note: the division is very conditional - both formats can be highly effective interact.
2
Specify the theme and idea of the future film. Decide who will star in the film and where they will be shooting. Write a pitch, which will be summarized synopsis of the film, its theme and ideological content. The treatment will help to cut off all the excess and crystallize the most basic.
3
Before you begin writing, study the subject in theory. Read articles, books, tutorials about writing scripts for documentary films. Get acquainted with the theory of drama Aristotle (Aristotle "Poetics") - from this book you will learn about the basic laws of drama. Subsequently, you can violate the laws, to go on its way, but before you break the law, you need to know them.
4
Find examples of completed scenarios to the already filmed documentary filmM. Compare script and finished film. Thus you will get important experience, participate in a kind of master class.See more good documentaries. Try to find a quality festival movie. Watching movies is one of the most important elements in teaching screenwriting.
5
See more good documentaries. Try to find a quality festival movie. Watching movies is one of the most important elements in teaching screenwriting.
6
Start writing your script. It should be spelled, and where the characters will be removed (interview, observation, report, etc.) in which situations and events they manifest. Of course, it is impossible to know in advance how things will go this or that shot, so in the script list as you see it, as presumably can be. But at the same time avoid the staged, pre-planned scenes. You write the script documentary film, so don't make the characters specifically say something to the camera. Staging is appropriate if you need to remove the reconstruction or illustration of the events.
7
The basis of a good scenario, interesting composition of the film, or, in other words, scenic course. It is not easy to find, but if he is found, is half the battle. Unusual start or end, bright theme, the parallel storyline can be the key to a good composition. If you use this move, ensure that all other plot lines are not "broken up" that the entire scenic design is subordinated to the Central scenario go.
Note
This article may not be used as a direct guide to action. Writing a script for a documentary is hard, therefore it is better to undergo training courses on screenwriting (even better is to enter the scriptwriting faculty) or to study special literature.
Is the advice useful?
Присоединяйтесь к нам
New advices