How to get to Obninsk

Obninsk – known scientific center in the Kaluga region. Here is the world's first nuclear power station, now representing experimental base and Museum. In the city there are several historic farmsteads, mostly dilapidated. To get to the Obninsk from Moscow. 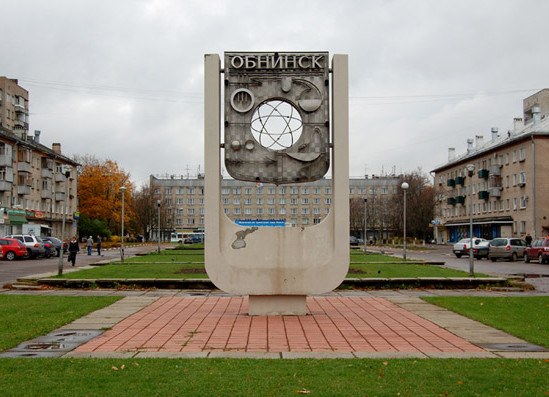 Related articles:
You will need
Instruction
1
Because Obninsk is located about two hours drive from the capital, from any city in Russia you can get on the plane. From any of the capital airport to the subway you'll take the bus or taxi. You need to get to the ring line, and on it – metro station "Kievskaya".
2
From "Kyiv" trains depart in the direction of Kaluga. You need to buy a ticket to the station "obninskoye". Ticket will save otherwise in Obninsk you from the station will not work. By train you have about two hours. To come to a better platform before boarding. This branch to this day is very popular, so before you leave availability may not be.
3
From "Kiev" go and go by bus to Obninsk and Kaluga. They are faster trains, but travel costs are a bit cheaper. The minibuses have a significant drawback – they can easily get stuck in a traffic jam, which in the capital are constant. Especially risky to go on the bus Friday night.
4
Go by bus to Obninsk and can be reached from the metro station "Yugo-Zapadnaya". However, this option is more risky than the previous one. It is possible that you will have all the way to stand in traffic jams.
5
To get to Obninsk is possible and Shuttle bus service. They go often, but go from the metro station "Teply Stan". It is located on the orange line, and an interchange with the ring can be done at the station "Prospect Mira" or "October".
6
With the regional center, Kaluga, Obninsk is connected by railway and bus routes. By rail you will reach the "Obninsk" faster than from Moscow, about an hour. From Kaluzhskaya station in Obninsk travel and buses.
7
There are several options to get to Obninsk by car. On the territory of the city there are two major Federal highway A – 101 and M-3. The first takes you from Moscow to Brest via Yaroslavl, the second – from Moscow to Kiev. You can drive from Obninsk on any of these roads. In addition, near the city (about five miles) is the route A-108, that is a Big ring. On it you can directly go to Obninsk, Rostov, Minsk and Simferopol routes.
Is the advice useful?
See also
Присоединяйтесь к нам
New advices