How to set a sewing machine "Chaika"

Sewing machines "Chaika", despite the fact that they were released some time ago, there are many people. If you also have this sewing machine and you want to maximize life, learn how to use the machine and configure it according to the instructions – in this case, they will sew, and you don't have to deal with the interferences. 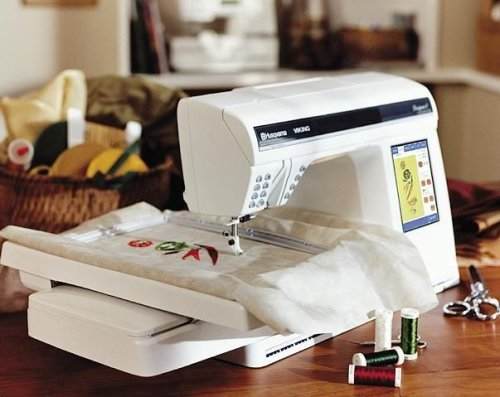 Related articles:
Instruction
1
Starting to sew, always lower the presser foot and needle, and then do the stitching. Turn the handwheel only in the direction of yourself and learn how to set the machine to fill the needle and thread. Regularly lubricate the machine, regardless of how often it is operated, and keep the mechanism.
2
For lubricating the machine use special oil for domestic sewing machines. Regularly clean the Shuttle of the machine. Learn the different types of stitches that can be performed on the machine and apply them to the fabrics for which they are intended.
3
To prepare the machine with a treadle to work, flip cars, push the crown to the hinges and fasten the hinges with screws. The visor attach to the platform with the screws and washers, and then close the valve and lower the valve head of the machine.
4
The strap pass through the holes of the visor and the support bracket, connect it with a paperclip and insert in the flywheel and the driving wheel. Switch the machine to idle by turning the friction screw themselves, and get the flywheel in motion by pressing the pedal. In order to again switch the machine on stroke, turn the friction screw myself.
5
For quality and efficient work is necessary to properly prepare the machine for sewing. To do this, set the thread take-up lever to its highest position by turning the handwheel and insert the needle in the needle holder until it stops, making sure the flat side of the needle directed towards the stud's feet.
6
Tighten the needle screw. Place the thread take-up lever to its highest position, raise the foot and pull up to the stop coil rod. Install the spool of thread. Correctly insert the thread from the spool through the thread guide, place it between the washers controls the tension of the upper thread, through the hole of the thread take-up lever, then into the thread guide on the machine head and the needle holder.
7
Thread the eye of a needle. Now tuck the lower thread open the bottom compartment, remove the bobbin from bobbin case and wind the bobbin thread. Insert the bobbin back into the cap, pull the thread through the slot and insert the cap into place until it clicks. Turn the handwheel towards yourself to pull up the lower thread. Tuck both threads under the presser foot – you can now sew, holding and guiding the fabric.
Is the advice useful?
See also
Подписывайтесь на наш канал