Why buy a sewing machine "Chaika"

Many people in Russia were ads about buying old sewing machines "Chaika". But few people realize about the real value of the product, so often they sell them for mere pennies. 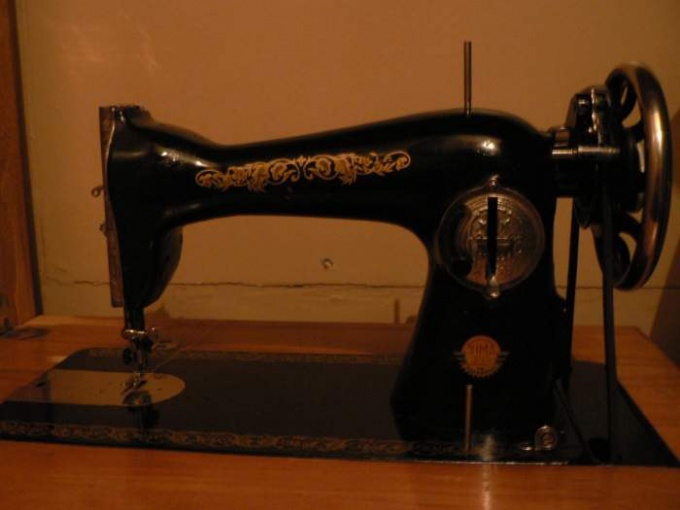 The myth of the sewing machine "the Seagull"

A dozen years ago began a massive buying old sewing machines "Chaika". While certain individuals there was information about a high product value, based on the contents in detail of the mechanism of precious metals. As a result of this deception, many people are simply spoiling a valuable thing in search of cherished treasures. Repeatedly there were cases of outright fraud, which consists in the desire to buy supposedly valuable items from cars. The scammers asked to take samples of the metal from a particular part of the mechanism. The chips had to be sent by post, attaching to the package a small amount for the examination. In the end, the potential buyer, appropriated the money, he stopped communicating. This fraud scheme is widespread with the development of the Internet in the post-Soviet space.

The average sewing machine "Chaika" with pedal-operated costs from 100 to 1000 dollars or more. The cost varies depending on the operating status of the machine, its external condition, year of manufacture and model.


Why buy a sewing machine "Chaika"

In fact, the mechanism of the sewing machine "the Seagull" does not contain and has never contained any precious metals. Today, the demand for "Seagull" justified high quality and well-made old Soviet cars. Given that such devices are no longer produced, many of the masters of sewing to acquire them for personal use for a high price. Workshops on repair of the sewing machines engaged in buying non-working mechanisms for further removal of parts, which also ceased production. Another reason for buying data of sewing machines is their ability to efficiently reprogram even the most dense and coarse fabric that modern cars are sometimes not under force.

According to some, a sewing machine "Chaika" is so powerful that it is able to sew even a couple of dozen layers of aluminum foil.

Apart from buying for the removal of parts of the sewing machine "the Seagull" sold as vintage jewelry, fashion design clothing, theater props, Museum pieces, or to decorate the interior of rich houses.

What are sewing machines "Chaika"

Today, you can find sewing machines "Chaika" is of two types: manual and foot drive. Cars with manual transmission were the most common in educational institutions for equipment of labor workshops. These machines are highly durable and easy maintenance: even today it is possible to detect the use of such samples in schools. As for the leg machines "Chaika", they were an integral attribute in the homes of many Soviet families. What is surprising, and today they continue to work properly and sewing great costumes.
Is the advice useful?
Подписывайтесь на наш канал