As to the category of Boxing

The system discharges and sports titles - a legacy of Soviet training athletes. Exists mainly in Russia and some CIS republics. In the West rank athlete determine the classification of zones, for example, in judo and karate, as well as in sport achievements: world champion, Olympic games, America, etc. In our country the standards for the assignment of sports titles and ranks are assigned according to different criteria: artistic gymnastics, for the number of points scored in the competitions in swimming and athletics over the time shown; in Boxing and other martial arts for winning the competition. 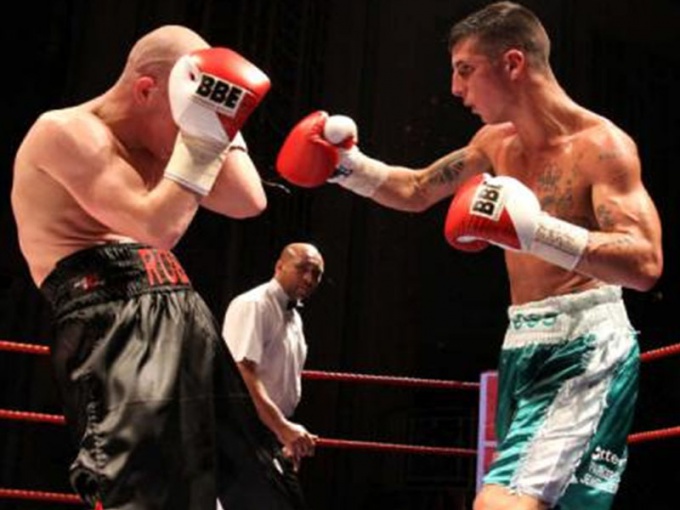 Related articles:
Instruction
1
Third Junior category of Boxing is given to young men to 13-14 years for systematic training in Boxing and if the athlete is engaged in this sport for one year and won 2 victories over boxers-beginners. Boys 15-16 years of age receive the same discharge in the course of the year, but for 3 such victories.
2
The second category of boys up to the age of 13-14, awarded for training in Boxing for two years and 3 wins over athletes of the third youthful category. Boys 15-16 years of age receive the same discharge during the year six such victories.
3
The first Junior category is assigned only to boxers from 15 years. You need to win in one year 10 fighters of the second youth category.
4
Adult discharges are assigned to the elder youths, and men and women. Women get third degree for victory in the course of the year on three athletes-beginners, the second for 6 wins over rivals the third category.
5
10 victories over the athletes of the second category get the first rank. Men according to the same criteria can receive up to the second adult category. In all these cases the norms are given for winning the tournament of the sports organizations which have the right to assign 1st and other mass discharges.
6
Men assigned to the first adult class only at official competitions at least at the municipal level. They get this discharge and provided that the 3 matches in the County championship if in a weight category at least 4 athletes of the 1st sports category. Boys become owners of the first category and for such achievements in the championship of the Russian Federation.
7
The title of candidate master of sports and masters of sports boxers you get the achievements in the district competitions, all-Russian tournaments, cups and Championships of Russia and the Championships of Europe and world.
8
The title of master of sports of international class awarded for winning the Junior world and European Championships and adult Championships. Men can become holders of the title of MSIC, even for fourth and fifth places at the world Cup. Both men and women, the 1st th to 8-th place at the Olympic games, too, get this title.
Is the advice useful?
See also
Присоединяйтесь к нам
New advices