How to hold an air gun

The technique of holding a pneumatic gun is quite simple, but many young arrows for some reason she is neglected. Let us examine the highlights of the art grip pneumatic pistol. 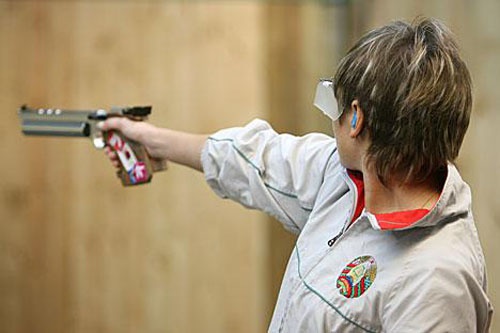 Related articles:
Instruction
1
The first thing to remember the most important rule – do not press with force the handle of the gun. The rule is very simple, however taking into account this feature of psychology that the more dangerous something is, the more you need to pay him attention, you can continue to compress, despite the fact that it is a major mistake. The harder you squeeze the handle of the gun, the greater the amplitude of the shake hands. Make an effort holding the gun hands are sufficient to ensure that the gun does not fall out of it when shooting.
2
Now follow the right grip. To do this, hold the gun, mainly the middle finger and the nameless and little finger slightly to help him. On the other side of the handle you will lay the thumb. Pull it along the barrel of the gun and keep straight. Hold your index finger on the trigger, but don't touch their arm. This will create a proper and easy grip of the gun.
3
Now that you have established a grip of the pneumatic gun, stand in the firing position while standing. This is the basic position, begin to learn shooting it. In order to take the correct position, turn left, and not putting his right foot, put it forward in the direction of the target at a distance of shoulder-width (so it will be more convenient) by distributing the body weight on both legs evenly.
4
Now, how to keep an air gun when aiming. Hold the gun in the hand opposite the right eye, a hand hold at the chin and the left arm freely down along the body or put it behind you. Put your thumb on the fuse box and push it down in order to remove the gun from the fuse (or switch off the fuse). Keep the index finger so that it lightly touches the trigger.
Is the advice useful?
See also
Подписывайтесь на наш канал