How to write the correct name in English

When filling in various forms, questionnaires and documents in English, it is important to write your surname. In order to prevent errors when writing Russian names in Latin, you must know the rules of transliteration. 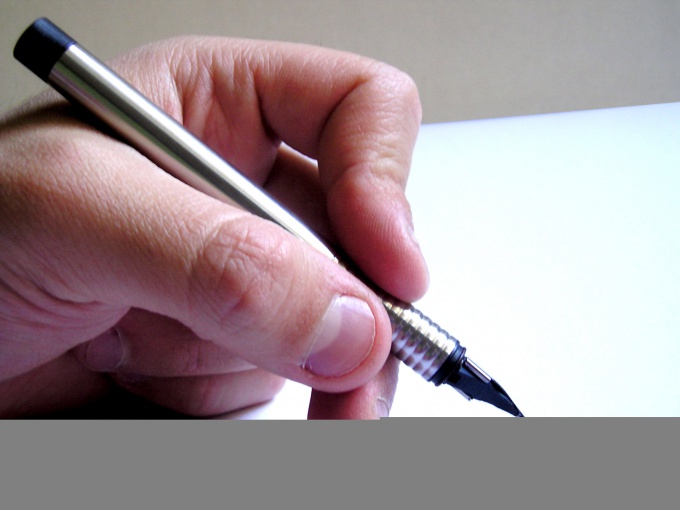 Related articles:
You will need
Instruction
1
Transfer the most part of Russian letters in the Latin alphabet is not difficult. For example, instead of Russian letters And just spelled And Latin, instead of B - B, instead of C - S. However, in the Russian alphabet there are letters to convey that Latin is not so simple. The letter E is transmitted in the Latin alphabet as in YE following instances: if at the beginning of words, after vowels and after soft and hard signs. In all other cases, written E. the Letter E is usually transmitted as an E (e.g. Zvonareva - Zvonareva), if it is necessary to emphasize the sound of the letter E, then write YO (Fyodor - Fyodor).
2
Latin letter W in English is written as ZH (Rokina - Rozhkina). Letters d and S are transmitted the same way - by the letter Y. But if found the combination of letters S and Y (Dmitry) use one letter Y (Dmitry).
3
The letter X is indicated by the combination of KH (x - ray- Khariton). The letter C in English writing becomes two letters TS (Flowers - Tsvetkov). The letter H corresponds to the combination of SN (Cherine - Cherin), and the letter W - the combination of SH (Kashin Kashin).
4
To transfer Russian letters U requires four letters of the Latin alphabet - SHCH (Makov - Shchakov). Soft sign and hard, when writing Russian names in English are not passed at all.
5
The letter e as the letter E, is transmitted to the Latin letter E (Etkin - Etkin). Russian letter y in its sound consists of Th and U and Latin letters is passed as YU (Yuri - Yury). Similarly is the case with the letter I, which consists of sounds and A and English written as Ya (Yuliya - Yuliya).
Note
The combination of Russian letters, the COP is transferred in Latin letters KS, not x.
Useful advice
In accordance with the rules of transliteration in English, not only Russian names but also place names and any other names.
Is the advice useful?
See also
Присоединяйтесь к нам
New advices