How to file for an appeal on the exam

Time passed Unified state examinations, the graduates received their certificates and prepare to enroll in Universities. However, some of the graduates plans are not good, very often the system for checking of examination results is wrong, and many are "not their" scores. Therefore, it is time after graduation and marked by appeals to the result of the exam. The main thing is to make your request and necessary paperwork. 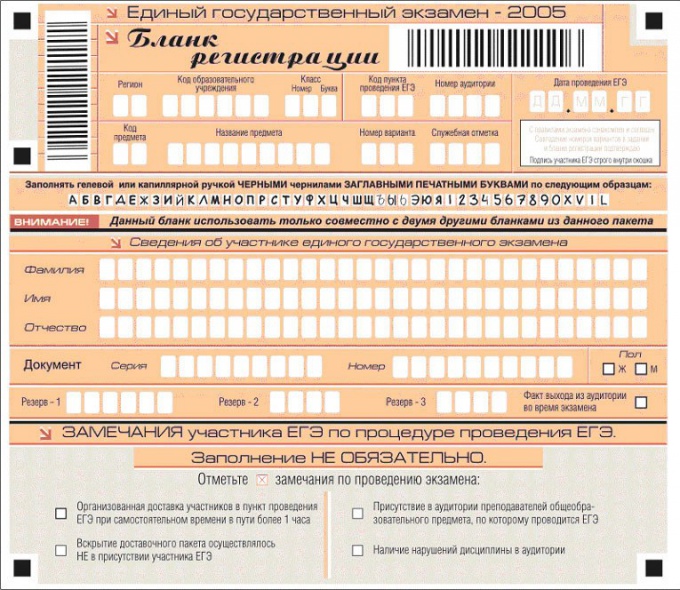 Unified state exam was first held in Russia in several regions as experiment in 2001. Since its geography has expanded considerably, and now this form of the state assessment is considered the only correct and accepted by the Ministry of education of the Russian Federation. And this, despite the fact that the introduction of the exam has caused a storm of protests from students and their parents. Today issues associated with this form of knowledge testing, not fewer. On the contrary, their number is growing every year. For example, one of the most popular - how can you appeal the test results.

Appeals come in several types. So, if the student is not satisfied with the quality of the exam - he sees a clear violation on the part of the teaching staff or any other inconsistencies, he should Express his disagreement with that day. In case the dispute arose in connection with the received rating, the graduate, there are three dgna to file an appeal in conflict Commission. The visa processing time is 2-3 working days.

If a student has a claim on the first point, he should, without leaving the examination room, immediately after the certification to get the forms installed form. To complete the appeal in duplicate. After which graduates have to give it to the members of the State examination Commission, which must certify them with his signature. One copy remains with the student, the other is passed to a mediation. In the case that the violations will be installed and recognized, the test can be re-let.

If the student disagree with the points he needs in the shortest possible time to take the Secretary of the disputes Committee application forms that also must be filled out in 2 copies. Be sure to reassure her at the responsible person, who is either the Secretary or the head of the educational institution, which is attached to the student. One paper remains with the graduate, and the other to the Commission for consideration. In this case, you need to try and find out when there will be a meeting of the Commission on your question. Please bring your passport and pass with a seal. So it will be possible to defend their case and prove that the error is not yours, and system. By the way, the student can invite parents. They must also have a passport.

After review, the graduate should sign the papers that those forms of tasks that he sees before him, belong to him. In the case that the Commission will see a technical or human error in the validation test, the scores will count. Note, however, that the result can be both increased and reduced.