Is it possible to cheat on the exam

The debate about the pros and cons of the exam can be conducted indefinitely. But most graduates who have to pass these exams, concerned with the question whether it was possible to write off, or all of the control system is perfect? 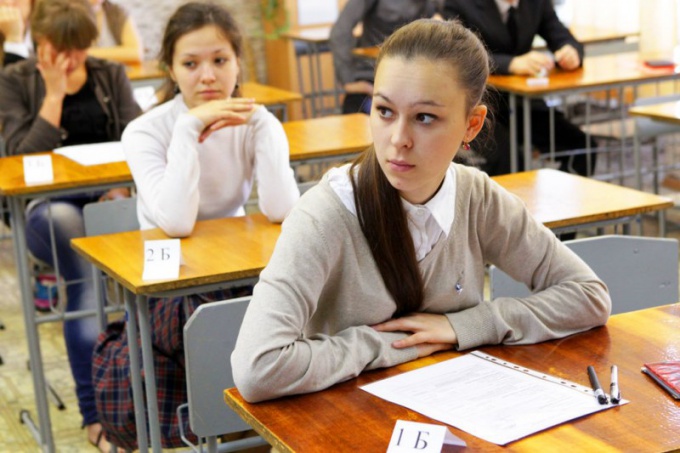 As it should be

There are a lot of requirements as to uncut examination (PPE) and to specific audiences. In particular, the PPE on the day of the exam should be closed all the booths with information on subjects. Each audience should have at least two organizers. In this case, the exam graduates is forbidden to use any items except a pen and the following additional means:

In particular, it is forbidden to use mobile phones. Typically, students are asked to leave the cell together with bags on a separate table in front of the audience.

In 2014, all PPE and all classrooms should be equipped with video cameras.

During exams students are prohibited:

- conversations, getting up from seats,
- transplanting,
- exchange of any materials and objects
- the use of mobile phones or other means of communication, portable personal computers (laptops, PDAs, and others),
- use of reference materials other than as permitted,
walking on PPE during an exam without an escort

There have been a lot of talk about the fact that the dealer can go into the toilet with the accompaniment only for 2 minutes. In fact, the time spent in the toilet by anyone not standardized.

With all the real exams students can visit the "probes" - test exam, the purpose of which is to identify the level of readiness of graduates for the exam.

Despite the fact that on the exam, as well as the election, plenty of public observers from year to year the number of violations of the exam is growing by leaps and bounds.

Often students can bring phones, which can be tips on how to items. In addition to devices, the guys manage to use the good old paper Cribs, Cribs on bottles of water, chocolates.

Many TPP does not track the time spent by the dealer in the toilet, in addition, they often allow you to go to the toilet unaccompanied. According to the rules all classrooms and facilities are not used for testing must be sealed, however, this condition is not often observed. It turns out that, having asked for leave in a toilet, the dealer can go to an empty audience and watch all data necessary to it.

The organizers are strictly prohibited to give anything to graduates, but this rule does not always work: often deceptive ways the organizers be interested persons.

However, on the other hand, many PPE are followed all requirements, which a priori puts the dealer across the country in different conditions.

That to cheat on the exam not just possible, but can you not just from Cribs, the country learned in 2013. Before each exam at least a few hours before the exam real answers to options for regions laid out in open access on the Internet. Until now, the Internet is replete with an unprecedented live, where the eyes of the organizers, the students openly copied the answers from the phone, shooting it all on camera.

Students not submitting to the ability to write off remained quite small. Implicated in the spread of responses annulled the results of the exam without the right to retake, but there were only about 30 people.

After the situation of 2013 it was decided to create a Bank open jobs, exam, aims to ensure that graduates could find a large number of jobs, which will eventually be formed Kimy.

The universities were put in a difficult situation – they were forced to recruit students according to their scores, as it was impossible to find out who really cheated and who passed the exams for the high score on their own.

In 2014, the Ministry of education has promised to significantly strengthen the control over the conduct of the exam, however, the graduates of 2014 and expressed hope that they will be so lucky as predecessors.

Thus, to cheat on the exam, some do manage. But it is impossible to predict the conditions of the exam in a particular item in a particular year of the event, therefore taking the exam is strongly discouraged to try to do it in order to avoid serious problems.
Is the advice useful?
See also
Присоединяйтесь к нам
New advices