How is the appeal 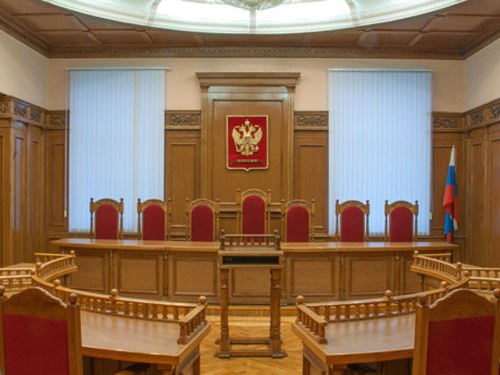 Related articles:
Instruction
1
At the appointed time, a court employee in the room at the same time invited all persons who come to participate in the appeal proceedings in several cases. When you enter, the judges, all present rose. To review the decisions of lower courts is carried out collectively. Judge-the presiding officer announces the opening of the meeting and lists what the civil case and whose complaints will be reviewed.
2
After the report of the Secretary of the court session about the turnout and the lack of informed individuals, the availability of information on the reasons for the absence, the presiding officer establishes the identity of participants and the credentials of the representatives of the parties. The chair then lists the composition of the court, explains procedural rights and obligations of persons involved in the case. Appeal proceedings can be held in an atmosphere of safety participants of the process and good order.
3
The judge-Rapporteur introduces the circumstances of the case, the decision of the court of first instance, with arguments of the complaint and objections on it, if they have been introduced. Then heard the explanations of the parties in the case. Priority is given to the person who filed the appeal. If the decision is being appealed by both parties, the plaintiff speaks first. The entire course of the appeal meeting fixed by the Secretary in the minutes.
4
The parties are entitled to submit motions for the admission of evidence that they are unable to provide the court of original instance. The panel makes a determination about acceptance or refusal to accept additional evidence. If a positive result is accepted the evidence investigated by the judicial composition. Following persons is entitled to speak in the debate, in the same sequence.
5
If the judicial Board finds impossible the consideration of the case on appeal in the current trial, then the trial is postponed and the date for a new trial. At the next meeting, the appeal is from the beginning.
6
At the end of the debate in all cases the Board of judges of second instance decides in a special consultation room. Upon returning declared adopted and signed by the entire judicial composition of the solution.
Note
The participants of the appeals process have the right to record the entire session using the recording audio device.
Useful advice
The parties, their representatives, witnesses, experts can submit petitions on their participation in the court session through the use of video conferencing, if the court is equipped with such technical capability.
Is the advice useful?
See also
Подписывайтесь на наш канал