How to connect receiver

Receivers come in single-unit and two-unit (1DIN and 2DIN). Europeans offer the 1DIN size, and the Japanese, Koreans and Americans 2DIN. 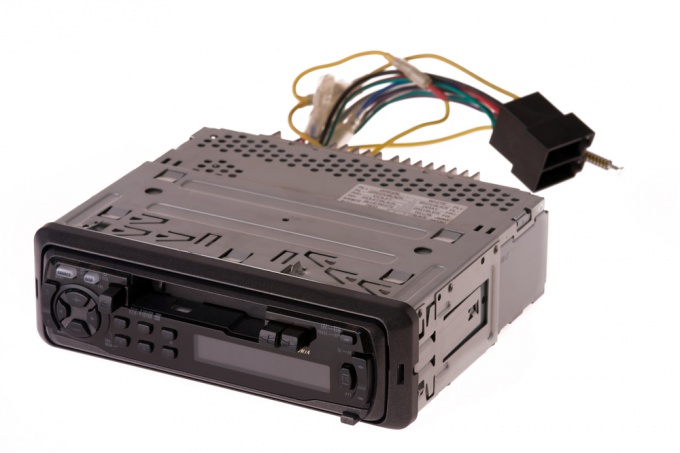 If earlier, in order to connect the radio, you just cut the wire from the plug, put them with the wires by color the radio and rewinding, I suggest you forget this method, it is still very unreliable, and not aesthetically pleasing.

Standard there are two plugs: brown – outputs the sound to the acoustics, and a black – power radio and other options.

If you have not previously stood a radio, in order to properly connect the radio, you need to route the cable for the speakers with a cross section of 2 mm.

Diffuser in dynamics should be made of hard plastic or Kevlar, but the suspension needs to be soft, for example, rubberized fabric suspension. It is best to choose such manufacturers: sony, panasonic, pioneer, kenwood.

Where to position the acoustics:

Better if it's height at the level of heads of listeners, so it is better to install speakers in the back.

How to fix the radio in the car:

Included with the radios are frame. They are attached to the console of the car. First remove the frame from the body of the car, installed in the provided for the radio place and vygeboom metal petals on the frame so that the frame is securely held in the nest. Then connected the radio to be inserted in that same place until it clicks.

In order for the radio to be removed, you need to open the petals and remove the radio.

If, however, You can't do it yourself, remember that there are service centers that offer such services.

Important. Before you begin, be sure to throw off the negative battery terminal!!!