How to connect a radio tape recorder Panasonic

Modern car radios, including devices from Panasonic, connected to the onboard network, antenna and speakers using the connectors. This allows easier Assembly and disassembly of the apparatus. 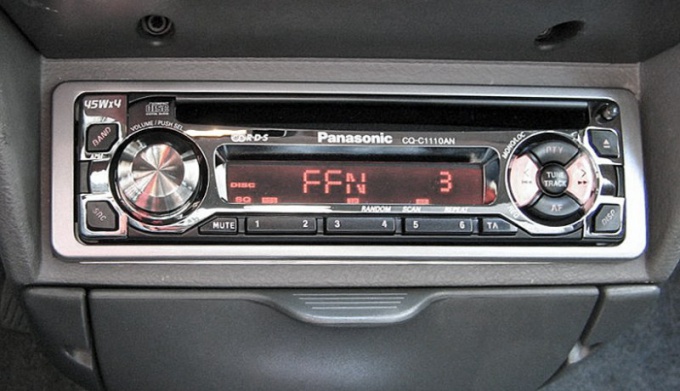 Related articles:
Instruction
1
Unplug the on-Board network of the vehicle. Confirm with a voltmeter that it is a 12-volt, or find the appropriate information in the documentation to the car. If the network will be a 24-volt, between it and the radio will have to arrange a special stabilizer that produces a voltage of 12 V.
2
Run towards the compartment for the car following conductors:- working power supply (after ignition);- standby power (ignition);- mass;- two conductor from each of the speakers (connect them to ground or the positive supply is not allowed).All conductors should have a cross section sufficient for passing the current on them even when running the radio at maximum volume. Note that significant currents flow through the wires, not only power, but also on the speaker cables! The gap in the power wires, put special automobile fuse holder, enclosed with insulation on all sides. The fuse rating should match the maximum current consumed by the radio. Route the leads at the places where the damage or melting of their isolation impossible.
3
Some ignition locks are equipped with additional contacts labeled ACC or Accessory. When you install a key in the corresponding provision of this lock applies a voltage to the cigarette lighter socket and the radiobut not the ignition system, allowing you to listen to music and in Parking lots. If you decide to feed the radio from the Accessory contact, do not use it with the engine off for too long, otherwise the battery will die so much that you will not be able to start the car.
4
From the antenna run to the compartment for radio with additional coaxial cable. It connects to the apparatus a separate connector.
5
To connect all circuits except the antenna circuit, use a multi-pin connector supplied with the radio. If it doesn't have removable side panels and removed the entire, this connector is an integral part of the slide. The Pinout of the connector locate in the chassis of the recorder, in its instructions or on the next page: http://avtolab.ru/publ/4-1-0-11/. If your unit has a rare a Pinout, it can be found in the forums on car audio.
6
Connect to the conductors coming from the multi-pin connector, all wires connected to the compartment in accordance with the Pinout. If the stereo has four outputs, and the dynamics you have in the car two, connect them according to the scheme, the relevant bridge mode amplifiers. Output power each of them will be twice more. Carefully insulate all connections. Attach the wireless antenna. Secure the sled or the radio.
7
Turn on the power and verify that the radio worked.
Is the advice useful?
See also
Подписывайтесь на наш канал