Warcraft 3: Frozen Throne – the official addition to the real-time strategy (RTS) Reign Of Chaos. The game has a large number of installed cards, in addition, each user can change the current map or create your own. 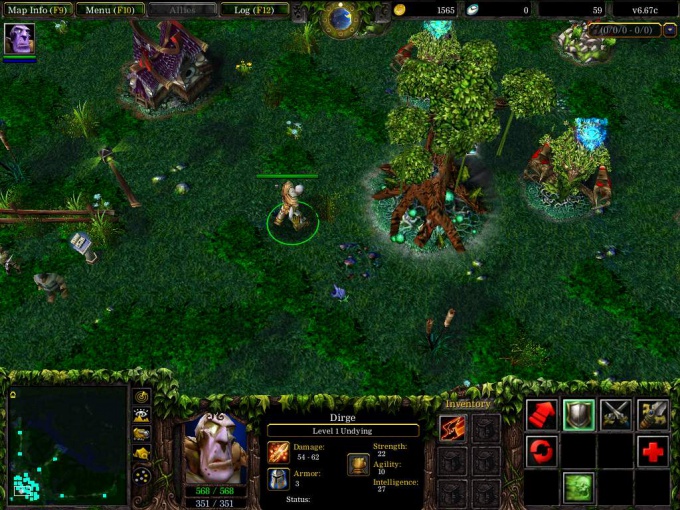 Related articles:
You will need
Instruction
1
All actions to create or modify maps made with using WorldEditor. It is on the game disc. Create a card you will need a team in which each person is responsible for a separate part of the process:
1)Triggermen – almost the main developer, deals with the main developments and engine.
2)the Writer is engaged in writing the scenario cards, the main game moments.
3)ReliefWeb (decorator) is engaged in the development of relief and placed the game objects.
4)Tester and balancer finds and fixes bugs and buggies. Made when creating maps.
The map can be done alone, but it will take a lot of time and can adversely affect its quality.
2
Creating card start with the development of the world and the environment. Give the name of the place in which to develop the script. Define the terrain (hills, plains and mountains, add some rivers. After designing all the objects, create them titles. When designing a landscape use a variety of textures, it is much "revive" card. For example, a grassy field you can vary textures Ashenvale. The road design is wide enough, but not the entire screen. The precipice wall, fence, add stones, rocks mountain. When creating a populated area, don't forget to fill it with buildings. Install monuments, groves of public gardens. The monument is desirable to apply the name, in honor of whom it was installed.
3
Complete the map with monsters and characters. When designing monsters try to position type monster according to the type of terrain (mountains, for example, are more suited to the kobolds). Create basic classes: warrior, mage, swordsman, druid, etc. Make a hero level higher, for example 100. Wing spells under level. Spells do as possible to the original. Add a job. The more the interesting the map, but to oversaturate it also should not be.
4
Add the game objects created with their hands. Never leave the standard items, this will reduce the fascination of the gameplay. This is one of the main requirements for creating interesting cards. Separate the items by class (helmet, shield, weapons, armor, quest) for the best items install the necessary requirements for use.After creating a card , be sure to test it, this will allow you to identify the different bugs of the map and discover small inaccuracies.
Is the advice useful?
See also
Присоединяйтесь к нам
New advices