There are days in our lives when the mood is in decline, nothing to do or just a whole lot of free time. If you can't find something to do – play solitaire. Here are the solitaire games you can put: 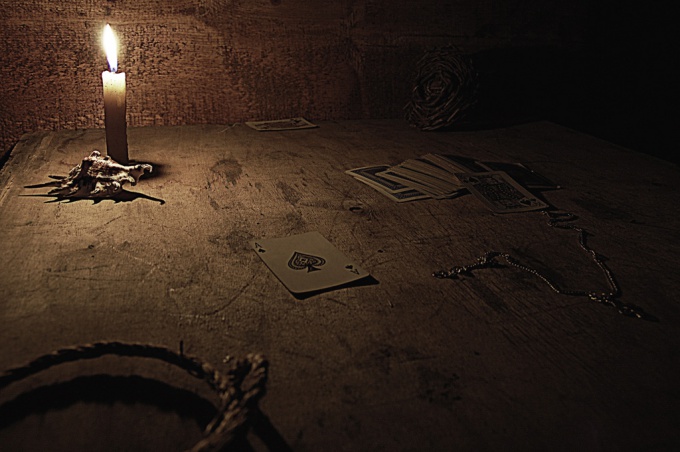 Related articles:
Instruction
1
Have the deck on the table face down. From the top take one card, turn it face up. And the cards should fall out in turn starting with the ACE and the deuce and ending with king. If the card is guessed – postponing it to the side. She leaves the game.
When the deck ends, all the cards that were incorrectly named, shuffling and repeat the game again. If after the third unfolding of the game will not drop all the cards – solitaire we have not converged.
2
In this solitaire game the main card is aces. On them we put the cards in ascending order, despite the suit. Shuffling the deck and placing it on the left. From it put four business cards that are placed in a row under aces. With each stroke out of the deck four cards in each row. Cards in the ranks we offer at aces, we go a free card. To solitaire can be called a success, you need to shift at the aces of the deck.
3
Take the deck and spread the top four cards face down. If among them there are cards of the same suit, put on top of them two new, too up pictures. If three or all four cards are of one suit, cover them with new cards. If this is decomposed in four piles all cards solitaire we can consider a success. But if before us lie cards of all kinds – solitaire we have not converged.
4
After shuffling the deck, take out four random cards. They are the main. We're going to move the remaining cards from the deck that are lower or higher rank for one. If the card is an ACE, you can put a king or a deuce. Suit no weight. Working maps are located under the main four card up with the picture. With each new course we put in the deck, four new maps and put one of them in each row. This is not to be made from card series. We can say that we are the solitaire converged when move all cards to the main.
Is the advice useful?
See also
Присоединяйтесь к нам
New advices