How to win at backgammon

As in any other game, in backgammon, has its own peculiarities and regularities by which we can reduce the result of the game in their favor. At the initial stage, movement of the checkers are not critical. To win, it is always important to find a balance between movement, cover and blocking movement of the enemy. 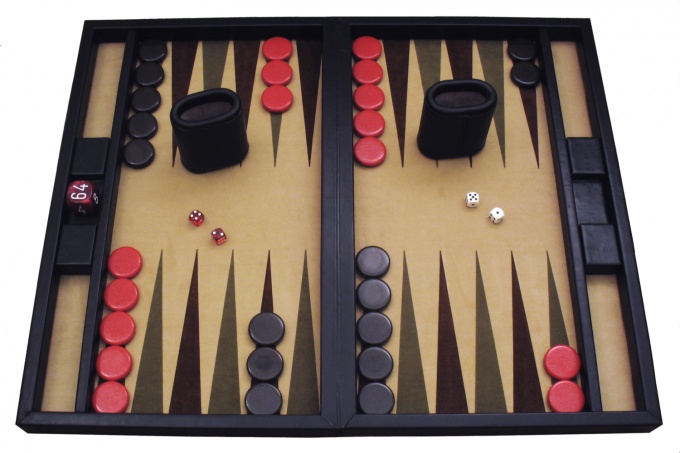 Related articles:
You will need
Instruction
1
See to it that your opponent has not captured more than 3 consecutive positions in your upper side. It will be a great advantage. Do it yourself!
2
Put the sword from the head on position six. This is necessary in order to quickly get into the 3rd quarter. Otherwise, this would be much more difficult.
3
Get ready from the very beginning of the game, rolling a double (Kush). Make sure that checkers is located in the best places. When you get jackpot, you will need to urgently make a move. It would be a shame if you miss it.
4
Cover the moves of the enemy in motion when the checkers closer to the 1st quarter. Try to grab even more points.
5
Grab the first senior wells (4, 5, 6 moves from the top) and roll the dice, if you have the current situation. Immediately build a "fence" checkers without gaps. The denser they will stand, the harder they will be to drive the enemy.
6
Cover your pieces, not allowing the opponent to isolate them. Try to stay in the middle, not the edge. Move to the side of the house, thus occupying a minimum of 2 seats at the head of his opponent.
7
If you could not build a fence in the head of an opponent, start the moves towards "home", where is possible to quickly start the reset. Heap occupy the "house" in the middle.
8
Loosen the defense and start working on Mars, i.e., take on a course of the opponent's head four seats out of six. It will greatly weaken his position and will reduce the chances of winning.
9
Remember that interlocking pieces, you thereby reduce his inventory of moves and limit the possibilities in tactics. Therefore, it is better to weaken security than to capture the points in his head. This strategy is justified!
10
Watch your opponent. He, with great probability, too, will use the same tactics to capture space. Try to anticipate his actions and to capture key positions.
Note
You can train to play backgammon online.
Useful advice
Learn to play with professional opponents, you will quickly learn how to build your strategy.
Is the advice useful?
See also
Подписывайтесь на наш канал