What to do when a bee sting or wasp

Summer is the best time for nature walks, barbecue on the river, fun games in the country. But besides the nice Sunny days, summer is fraught with such danger as insect bites. 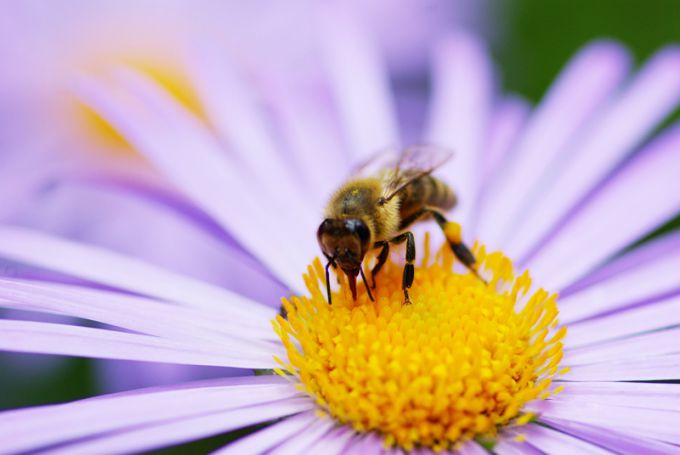 Wasps are particularly annoying, they can go under clothing, in suitcases, in the trunk of the car – so, where you find a wasp unpredictable. The most aggressive of these insects emerge in late July-early August. At the same time and the number of the most high.

Most often, one wasp sting for a man not dangerous, but if attacked the whole family or if a wasp bites a few times (this is also possible), the concentration of the poison in the body can be high. Moreover, the wasp sting is much more painful a bee sting as their venom concentration of biologically active components above.

In addition, you should know that wasps and predatory insects, eating flies, grasshoppers, caterpillars, and even carrion and animal waste in the trash. Wasp on the paws and tip after their meals can remain a lot of bacteria that fall into the tiny wound after a bite.

On the one hand, bees are very similar to wasps, but there are differences. Bees are also the most active in the second half of summer, also live in families and they also have a stinger – they sting. But unlike the wasps, the bees sting a little less painful. And the bees can sting more than once – after the first bite, they lose their sting and die because it is their vital organ.

The possible consequences of the bite of bees and wasps

A large number of bites can be dangerous General intoxication of the organism of poison. Whether this is accompanied by intoxication suffocation, largely depends on the body's defenses. Most susceptible to the dangerous effects of the people with diabetes, asthma, small children and pregnant women. Sometimes risks people with heart conditions.

What to do if stung by a bee or wasp

1. As fast as you can away from the place where the swarm to prevent further attack.

2. Be careful not to crush an insect close to his family. Bees and wasps in the dying or injury secrete a special substance that causes the aggression of other dogs, and this increases the chance of being bitten again.

3. Do not brush the bite, this helps spread poison for the next tissue. And don't try to squeeze the stinger. It is better to remove it with tweezers.

4. The wound should first be disinfected. For this purpose, any suitable alcohol-containing liquid, hydrogen peroxide, iodine, tincture of calendula and even plain water with soap.

5. Cover the wound with a piece of bandage and try in any way to cool it down. Help ice, frozen vegetables, just some cold object. Can come and just have a blast of cold water.

6. To the concentration of the poison in the blood was less and faster to get it out from the body, you should drink plenty of water or any other liquid.

7. It is impossible in this day to drink alcohol. It contributes to the expansion of blood vessels and more rapid spread of venom through the body.

8. Narcotic medication is also contraindicated, as it increases the poison's effect.

9. If a person has signs of suffocation, it is necessary to give him histamine drug and immediately be taken to the nearest hospital.

10. The hospital should apply in that case, if swelling and redness does not decrease within two to three days.