How to get rid of wasps and remove wasp nest

As wasps - the neighbors are not only unpleasant, but also very dangerous, and therefore undesirable at all, then the question of getting rid of this neighborhood is very relevant. Besides that, these insects are known for their wanton aggression, and their bites are painful and can cause anaphylactic shock, wasps are distributors of intestinal infections. And this is only the most basic reasons for which OS you need to destroy immediately after their discovery. 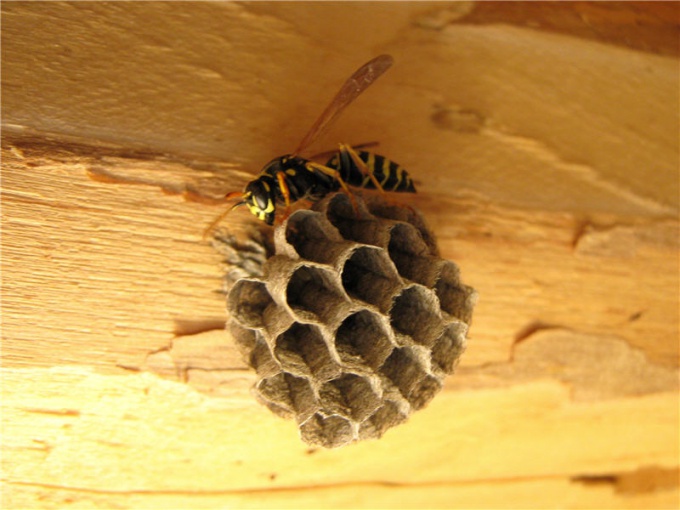 Related articles:
You will need
Instruction
1
You need to make a trap for insects from a plastic bottle. The bottle is cut off at the shoulders, a bottle filled with sugar syrup or flavored liquid, you can even sour compote (it's even the best option). The severed portion is inserted into the bottle down the neck. Wasps flock to the treat, and escape from the trap.
2
From the OS in the apartment, most often in the kitchen, will spraying vinegar on blinds, curtains and all fabric items. But first you need to find out whether all household members stand the smell of vinegar, if they have Allergy to this product.
3
From OS to composts will help to get rid of fragrant melon. Crust it is necessary to throw in a bunch of compost, pre-opryshkiv insecticides, such as, for example, "AntiVir" or "Sherpa". These drugs, in contrast to the "Dichlorvos" and such sprays do not have the sharp and pungent smell. The number of wasp corpses after the use of such weapons is staggering.
4
A wasps nest can be removed, after sinking its inhabitants. In a container - a glass jar or bucket, pour water to the brim. Gently bring the capacity to the socket from the bottom and immerse it in the water, as if putting on the Bank for a nest. Keep the nest in water for at least five minutes, during this time, the nest will have time to soak, and its inhabitants drowned. To aid not arrived, missing the nest of wasps, you need to divert their attention sugar syrup, put on a platter nearby.
5
In your garden or backyard to hang the bottles with sugar syrup directly into the trees. It also serves as a trap for insects that back out.
6
Another very effective way to remove the socket is a plastic bag, put on a hornet's nest and glued with tape or buttons. Corner of package is cut off, it sprays any insecticide, and the area should be sealed with tape or duct tape. "Gas chamber" is left for about an hour, then remove the nest carefully removed.
Is the advice useful?
See also
Присоединяйтесь к нам
New advices