Waliv person, the bee dies, but because these insects, unlike wasps, use their stinger only as a last resort. Most people have to deal with the stings of honey bees. 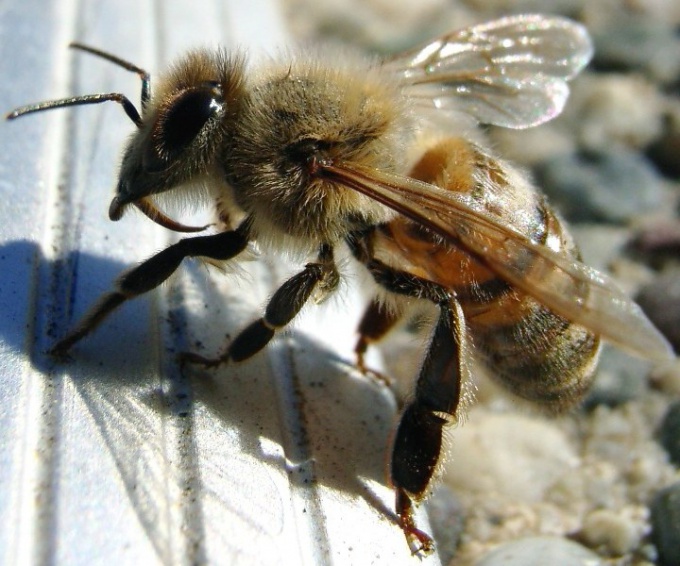 According to the observations of both scientists and experienced beekeepers, many types of bees sting only in the most extreme cases, and almost never attack without a reason. These insects attack the person, only if you see it as a threat. In particular, we are talking about the protection of the hive or honey, so professionals will never work in the apiary without wearing a special protective suit. Also, paradoxically, a bee can sting a man if he wants to defend himself. This means that if you squeeze the insect in the hand, you probably get a painful bite.

There are a number of obvious reasons why bees can sting. For example, these insects can't stand strong smells. They especially don't like the sharp scent of perfume, although they may react and smell of sweat. People in dark clothes bees sting more often than in light. Why this occurs is not known, however, to be safe, beekeepers work with the hives wear light protective suit.

The smell of smoke may cause the bees attack people. Scientists believe that this reaction is due to the special instinct that binds the smell of smoke from forest fires that destroy the honey and the homes of insects. The purpose of bees in this case – as quickly as possible to collect honey and fly away to a safe place, and any creature who gets in their way, is perceived as a threat that must be eliminated. It is important to know that bees react aggressively to your own poison. This means that if you are stung by even one bee, other insects will immediately feel it and also unable to attack you.

The aggressiveness of the bees depends on their breed. For example, the Carpathian considered to be the most calm. They rarely attack people and are not always protected even in the event of a serious threat. The Central Russian and Caucasian bees are much more aggressive. Some of these insects in special cases, it can even sting a person for no apparent reason.