The symptoms and treatment of intestinal obstruction in the cat

Pets, like people, are susceptible to various diseases, often animals are unable to cope with the disease yourself, at such moments, their life is totally depends on the person – the animal owner and veterinarian. 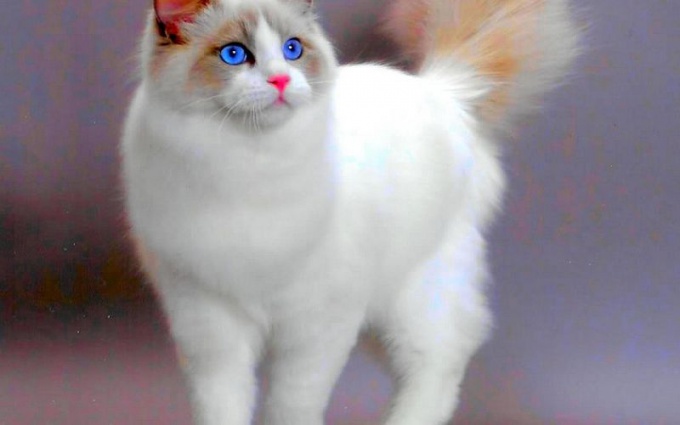 If the owner realized that the cat or the cat has bowel obstruction: What to do?" is the first question which will ask the owner of the animal, and will be right. But first you need to find out whether the cat has a bowel obstruction. The symptoms listed below will help the owner to make the preliminary diagnosis and to decide whether medical emergency.

The owner of the animal should alert 3 signs that accompany the disease: progressive vomiting, absence of stools, worsening of General condition.

The first symptom is necessarily accompanied by intestinal obstruction, first, vomiting may be infrequent, but gradually the process progresses. Drinking the liquid gives the animal relief, as it stagnates in the stomach, not being able to move through the intestines and comes out through the mouth.

The second symptom should also alert the owner, but the absence of the chair, you notice immediately due to the fact that in the first and second day of illness the bowel may occur because of previously eaten food.

On the background of the first two signs of developing the third cat is not as active as previously, the animal weakens the eyes, becomes lethargic and doesn't move much.

If this happens, it is impossible to self-medicate: giving enemas, apply mineral oil, because it can lead to death of the animal! You should immediately take four-legged friend in the veterinary clinic, where there are necessary equipment, experienced physicians who can make the correct diagnosis. This will help the x-ray, which will be a clear cause of intestinal obstruction: a linear body (hair, tinsel, thread etc.), strangulated hernia, volvulus of bowel loops, a tumor, etc.

If it is really a bowel obstruction, it often shows the operation, and it can hold only a skilled surgeon with the right skills. The doctor removes the causes of disease: removes linear or a foreign body, will carry out the excision of tumors or eliminate twisting of the intestine.

After surgery, the animal will be given antibiotics and droppers, pet will start to heal and will recover.