The final game: how to make a portal to the Ender world in Minecraft

Ender he same Region, can be called the final part of the game "Minecraft". That's where the player will have his main opponent – the Dragon Ender. However, to get started in this world need to get. In the game to move between worlds using special gateways. 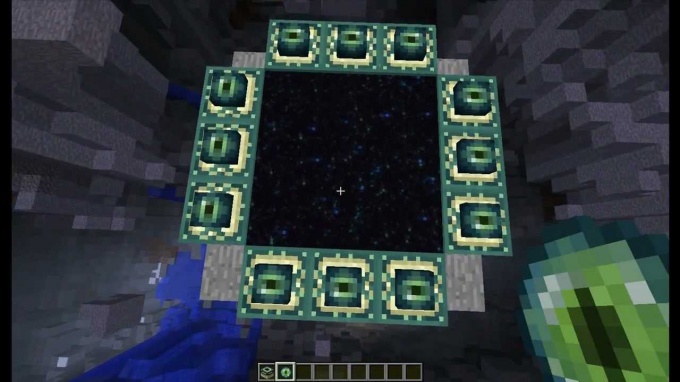 In fact Ender – empty measurement, consisting of a large platform hovering over the void. Once in this world, go back only in two cases: either die (and then the player will respawn in the normal world), or to defeat the Ender Dragon, what to do is quite easy: the health of the main "boss" impressive, besides it is restored when the dragon flies up to the Ender Crystals.

In addition to dragon here a multitude of strangers Ender – neutral mobs, killing which you can get Ender pearls (black pearls high with the ability to teleport).

To build a portal to the Ender world, we must start with the gaming Hell. You need to find the dungeon, it is easily recognized by dark red brick. Inside is a cube, on which the dance fiery Ifrit. The latter need to kill to get their fire rods, which would require at least 10 pieces.

After returning to the normal world, you need to collect at least 15 Ender pearls. Fiery rod divided into 2 powder, one of which is to connect with pearl of Ender in the result of Eyes of Ender. Better prepare at least 15 pieces.

The portal to this world it is impossible to build anywhere, this is a special place. To find the portal to the Ender world you need to take the eyes of Ender and throw up by clicking the right button of the mouse. The eye will fly towards the nearest portal, it remains only to follow him. Flying a short distance, he will either fall (and then you can throw it again), or will disappear. As the portal may be quite far, you need to be enough Eye.

The portal is always located in the fortress and consists of 12 units, surrounding an empty space, over which boiling lava. This emptiness is the portal, not functioning. To activate it, you will need 12 Eyes of Ender, one for each block of the portal. In order to place the Eye in the block, you need to put the cursor and click the right mouse button. When all blocks are filled, the portal will work and the player can teleport to the Ender. If the player stood on one of the blocks of the portal, he moves immediately.

After this the player will get on a small obsidian platform. Different portals to the Ender of the different fortresses of the ordinary world always lead to the same Ender, which is determined during map generation.

Now players are waiting for new adventures in a mysterious world and battle with the strongest boss of the game.