How to legally transport across the border arms

Often hear amateurish conversations regarding the legal transportation of weapons across the border. The issue is complex, but knowledge of the legislation and customs regulations will help to understand. 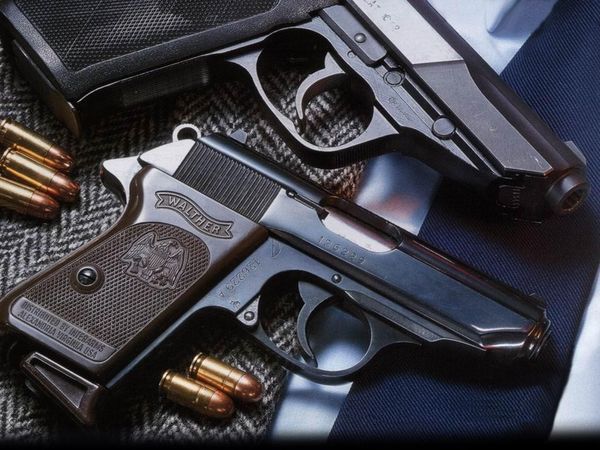 The issue of cross-border movement of weapons, a natural person is not idle. It requires knowledge and implementation of human normative legal acts, regulating this procedure. The fundamental document is the Federal law from 13.12.1996 № 150-FZ "About the weapon" (edition of 21.07.2014) (hereinafter – the Law).

You must mention that the article is solely about civilian weapons, because other weapons physical person on his own initiative may not move. According to article 3 of the Act to the civil weapon is: a weapon of self-defense (this includes gas weapons, including pepper sprays, and traumatic, and stun guns); sports weapons; hunting weapons; signal guns; edged bladed weapon, designed to be worn with a Cossack uniform, as well as with national costumes of the peoples of the Russian Federation; weapons used for cultural and educational purposes.

Next, you need to know that civilian weapons refers to special types of goods in respect of which bans and restrictions in their movement across the customs border. That is, there are weapons and ammunition that are prohibited for transportation across the border (for example, civilian firearms, allowing you to fire bursts, any shuriken, boomerangs, etc.), and there are those that are limited to travel. This information can be gleaned from the Single list of goods subject to prohibitions and restrictions... approved by Decision of Board of Eurasian Economic Commission dated 16.08.2012 № 134 "About regulatory legal acts in the field of non-tariff regulation", or learn in any nearest customs authority.

Civil weapons, their parts and ammunition, limited for transfer, can be carried across the border in compliance with the law and with a special permission of the interior Ministry of Russia. I repeat, we are not talking about licenses for acquisition, storage, carrying of weapons, namely the resolution of the MIA of Russia for the right to move weapons across the customs border of the Customs Union. Such permission is granted in the structural division of the Russian interior Ministry Main Directorate for ensuring public order and coordinating interaction with Executive bodies of the constituent entities of the Russian Federation. The office of cupola located at the address: Moscow, ul. Zhitnaya, d. 16 phone: +7(495)667-54-14. For advice you can apply to the division of the "permit system" of the Ministry of interior at the place of residence.

There are differences in the rules of the movement of weapons through the cordon of Russians and foreigners (stateless persons).

Now, as citizens of Russia. The effect of article 17 of the Law. A person may take out from Russia's own civilian weapons in the presence of:

- licenses for acquisition, storage, carrying of weapons (if such license is required);

- resolution of the MIA of Russia for the right to export weapons.

When passing customs control on the Russian border must present the above documents, the weapon and filled the passenger customs Declaration. But you have to remember that the export of weapons is half the battle. It still needs to import into your destination country. And there can be their own rules, their limitations, their permits.

The same if you are a citizen of Russia, lawfully acquired, for example, a gas gun abroad and wish to import it into RF, you need to issue all the necessary permits in the host country (if that's even possible), all to present the border customs, to smuggle these weapons across the border, and then to encounter problems during the import to Russia. Will probably have questions about the need for weapons certification, will require permission from the Ministry of internal Affairs of Russia on the import of arms into the country. If the weapon will have signs of cultural value, will require permits from the Ministry of culture of the Russian Federation. Thus, the weapon in any case will have to be deposited at the customs border and to engage in lengthy bureaucratic exercise – preparation of necessary documents. And return the weapons to the border. Think, you need such problems?!

With foreigners – even more difficult. According to article 14 of the Law, there are only three cases in which it is possible to import weapons to Russia:

1. For participation in sports competitions, an invitation to the competition and the resolution of the MIA of Russia. It is a sporting weapon.

2. To participate in the hunt on the basis of the agreement with the hunting, with the permission of the interior Ministry of Russia. Here we are talking about hunting weapons.

3. To participate in various cultural events or exhibitions the weapon having cultural value – with permission of the MIA of Russia and the Ministry of culture.

No other cases are not considered.

However, a foreign citizen may purchase in the territory of the Russian civil weapon to export him from the country. But this will require a license issued by the bodies of internal Affairs at the request of the diplomatic mission of the relevant foreign state. In this case, the person is obliged to take the weapons not later than ten days from the date of purchase.

Of course, you can buy in Russia certain types of weapons without a license (e.g., pepper spray, stun gun or air gun), but for exporting them again will require approval of the MIA of Russia.

Remember! Any weapon transported across the customs border shall be declared in writing to the customs authority at the border by filling in the passenger customs Declaration.

The material is current as of September 2014.