If the laptop has its own battery for the bios

Every laptop and a stationary personal computer have a BIOS battery, which serves as backup power and storage settings. If necessary, it can be easily replaced. 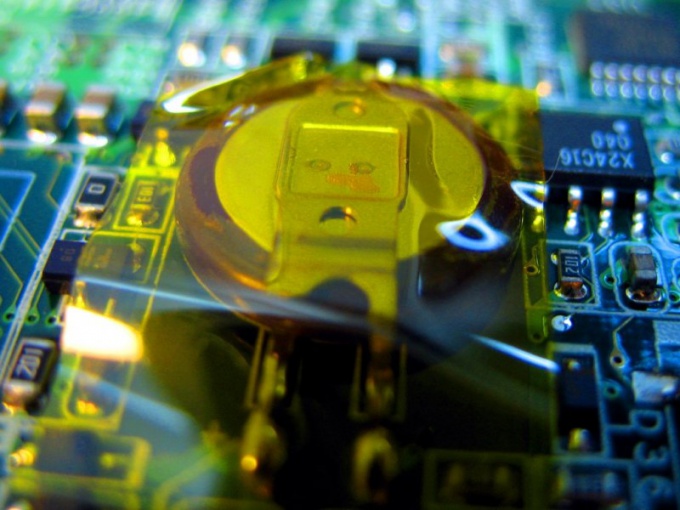 The BIOS battery in the laptop

As you might guess, the battery of BIOS in the first place, acts as an additional reserve supply of the computer. Second, it supports the performance of its CMOS memory. In this memory stores the configuration of the personal computer, that is, various system settings made in the BIOS. It is worth noting that the manufacturer of the battery the BIOS does not play literally any role. The fact is that the quality they are almost all the same. Usually one battery lasts for a period of 2 to 5 years. As for its cost, it is very cheap - about 50 rubles.

Each user can independently find out whether the battery of the BIOS. Usually this should be done if: regularly loses the time and date, and if the clock is lagging behind the current, the appearance of certificates that have expired (usually this message appears when you try to launch the browser), if the CA indicates that its databases are outdated, don't work any programs, etc. to replace the battery the BIOS will first need to go to the store and buy a new one. After that you should restart the computer and enter the BIOS by using the Del button. All installations should be rewritten on a piece of paper. This is done because after put new battery, all settings will automatically reset to factory settings.

Unfortunately, to replace the battery on the laptop is a bit more complicated than desktop PC, but that still won't cause any serious problems even for novice users. Changing the BIOS battery on the laptop in the first place depends on the design of the installed motherboard, the structure of the body of the laptop and how the battery is replaced. The device owner will have to disassemble the laptop to access removable cover located at the bottom of the device and pull the battery. Usually it is located under the ribbon or foil. This is done to ensure that it does not adjoin with other components and not heated. The battery may be soldered to the motherboard and there may arise some difficulties. In order to get it you have to first unsolder one of its ends and then to get. This is replaced by the new one, and its ends are installed in the same slots of the old. It remains only to assemble the laptop back and run it. Will begin testing of the system, after which you can again set your own settings in the BIOS and use the computer as before.
Is the advice useful?
See also
Присоединяйтесь к нам
New advices