What transmission is Andrey Malakhov

One of the most recognizable characters of national television and "the face of the main TV channel of the country" Andrey Malakhov is known that any project in which he participates, is a huge success. It would be wrong to assume that this gift went over Malakhov to success Andrew led daily hard work. 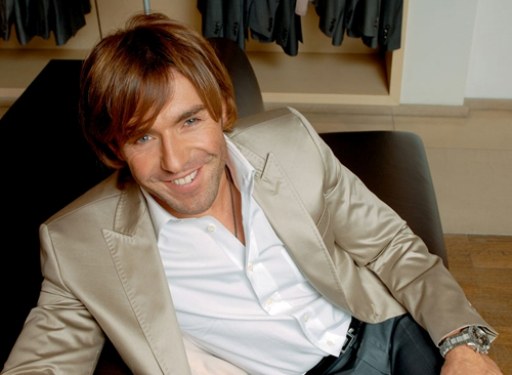 Related articles:
Currently Andrey Malakhov – a celebrity, sought-after entertainer, host of many TV shows, and a favorite of the entire female half of the audience. But it was not always so, because a couple of decades ago, the name and surname of very few people was known.

How to begin career of Andrei Malakhov as a host?

Andrey Malakhov at the time, brilliantly graduated from the journalism faculty of Moscow state University, after which for some time he interned at the University of Michigan in the United States. Upon returning to Moscow he worked on radio "Maximum" as program host of "Style" - that's when the young man appeared first admirers and imitators. Despite the fact that a huge audience of radio "the Maximum" have not had the opportunity to see Malakhov, even then, his professionalism was appreciated. Andrew was invited to work on the TV.

Not long after that Malakhov was engaged in the translation of CNN news, and then he was entrusted with the work of a correspondent on channel one, and later a leading TV program "Good morning". Andrey Malakhov those years was completely not like himself today – modest, tactful and sugary-friendly man much liked by the Housewives and pensioners who made up the audience of this TV.

What projects is Andrei Malakhov today?

The real star Malakhov was in 2001, when on weekdays in Prime time on the first channel started to come out of the talk show "Big Laundry". A huge number of people wanted to take part in any of the editions of this TV, its viewer ratings were through the roof. Since 2004, Andrey Malakhov, whom the audience by that time recognized as the most stylish presenter on national television, led the ceremony music prize "Golden gramophone". Simultaneously, he led on the First channel of the talk show "Five evenings" and "Let them talk" - the last and to this day remains very popular.

Interesting impromptu was for Andrew's decision to act as co-host of the TV show "Malakhov + Malakhov" in which he, along with Gennady Petrovich Malakhov told the TV audience about how traditional medicine can help a person to heal itself from any ailments. In 2009, in conjunction with supermodel Natalia Vodianova, he performed the role of lead held in Moscow semi-final of "Eurovision". Since 2012, Andrew has a weekly talk show "Five evenings" on the main TV channel of the country.

Until recently, Malakhov was considered to be the most eligible bachelor in Russia, but in 2011, he married his sweetheart Natalia Shkuleva.
Is the advice useful?
See also
Присоединяйтесь к нам
New advices