Andrey Malakhov is a Russian journalist, entertainer and presenter of programmes on television, chief editor of the magazine StarHit. Malakhov says that in the childhood he liked to be in the limelight and to be the leading. 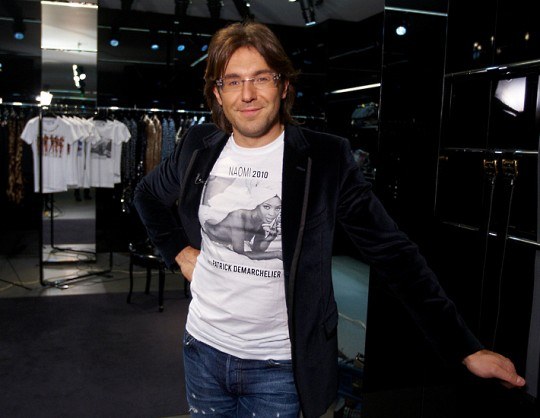 The path to success

Andrey Malakhov was born January 11, 1972 in Apatity, Murmansk region. I graduated from high school with a silver medal, went to Moscow and entered the faculty of journalism at MSU. Malakhov also received his musical education in violin, however, in recognition of the journalist, training at the music school he did not like.

During training in the Moscow state University Andrey went to training in the USA. He had a year to study at the journalism faculty of the University of Michigan. Students from Russia at that time relied stipend - $200 per month. Of course, the money in the US housing will not be removed, and soak hard. Malakhov had to look for a job.

Andrew was sent to local TV Detroit, which was a division of the famous Paramount Pictures. This work allowed him to move into my own apartment and feel confident. Now Malakhov was not a poor student, and quite successful foreigner.

Upon returning to Moscow Malakhov found a part time job in Ostankino. He translated CNN news on Russian language. Andrew still remembers that to combine work and study at MSU, he was extremely hard.

Andrey Malakhov graduated from Moscow state University in 1995 with honors and began working as an editor of the international information program "Morning", author and host of the column "Style".

After that, he was a correspondent of management of information programs of the First channel. Since 1996 Malakhov becomes the leading program "Good morning".

In 1998 Andrey Malakhov decides to get a second degree. He entered the law Department of Russian state humanitarian University.

2001 was a breakthrough in his professional career Andrey Malakhov. In the First channel to start to enter the program "Big wash", which instantly made him a true TV star.

Some time later, coming out with several programs Malakhov "Five evenings", "Golden gramophone" and "Let them talk". Show program "Let them talk" is broadcast at the present time.

In addition to a successful television career, she has written two books: "My favorite blonde" and "My second half".

Andrey Malakhov prefers not to give interviews about his personal life. It is known that for several years the civil wife Malakhov was Marina Kuzmin, who was his senior by eight years. Their relationship was very uneven. Passion and insane jealousy soon destroyed this couple.

Malakhov was attributed to many novels. He has long remained a bachelor, but in June 2011, all married blonde Natalia Shkuleva. The wedding ceremony was held in the Palace of Versailles in Paris.
Is the advice useful?
Подписывайтесь на наш канал