How nuns live in the monastery

Contrary to popular belief that women go to the monastery after a severe emotional upheaval, among the nuns a lot of strong personalities, who came back calling, with the desire to serve God, to devote the whole of his life. 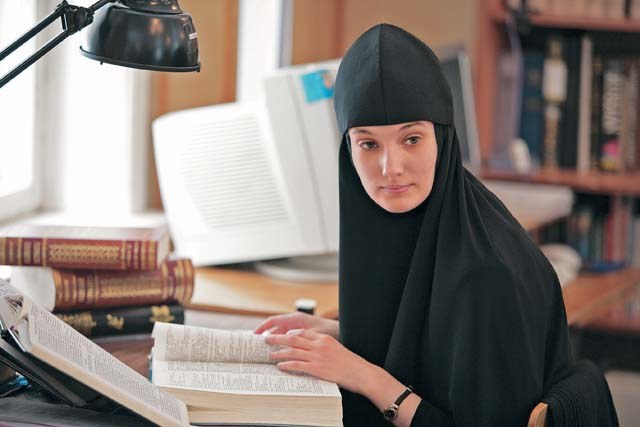 Related articles:
Monasticism, voluntary renunciation of worldly pleasures is an act, a way of life, similar to the feat. In the monastery it is impossible to hide from any problems, and those who can't find his purpose in life, in most cases, you will not find him in the monastery. In the sanctuary, the monks don't refuse anyone, but the true monasticism is a lot of strong – minded women and men. Not every man power to live every hour according to the laws of charity and love of neighbor, hard work, steadily to observe all the commandments of God, and dissolve in Christianity, forgetting about himself and renounced all worldly things.

How the life of nuns

Those who are looking for peace and tranquility, trying to get away from problems, hiding behind the monastery walls, as a rule, I don't know anything about how the nuns live in the monastery.

Many women believe that nuns from early morning until late at night to pray, seeking salvation and remission of their sins, and all mankind, but it is not. To read the daily prayers is given no more than 4-6 hours, and the rest of the time is dedicated to the performance of certain duties, the so-called obediences. For some of the sisters ' obedience is to perform garden work, someone who works in the kitchen, and someone engaged in embroidery, cleaning, or care. All that is necessary for life, the nuns produce and grow themselves.

Seek medical assistance to novices and nuns are not forbidden. Moreover, in every monastery has a sister with medical education and specific experience in this area.

Worldly people somehow believe that nuns have limited interaction with the outside world and with each other. This view is mistaken – the sisters allowed to communicate among themselves and with people who have no relation to the monastery and to serve the Lord. But idle babble is not welcome, the conversation always comes down to the canons of Christianity, the commandments of God and the service of the Lord. In addition, to convey the laws of Christianity and to serve as an example of obedience for the laity – this is one of the main responsibilities and purpose of the original nuns.

Watching TV and reading secular literature in the monastery is not encouraged, although both are there. But Newspapers and television are perceived by the inhabitants of the monastery is not as entertainment but as a source of information about what is happening outside the walls of their residence.

How to become nuns

Becoming a nun is not as easy as many believe. After coming to the monastery, the girl given time, with at least 1 year to understand their choice and get acquainted with the life of the nuns. This year she goes from a pilgrim to trudnica.

A pilgrim is not allowed to eat, not attend worship and does not communicate with the nuns. If the desire to serve God is not lost during the seclusion, the girl becomes trudnica and gets the right to participate in the life of the monastery along with all its inhabitants.

After the filing of the petition on the tonsure is not less than 3 years before there is a sacrament of initiation and the girl becomes a true nun.
Is the advice useful?
See also
Присоединяйтесь к нам
New advices