What is the loins

In the poetic texts of the past two centuries often there are words and expressions whose meaning the modern reader is not entirely clear. Does not always help to clarify the situation, an appeal to the dictionaries, giving sometimes vague and even contradictory interpretations. For example, what does the word "loins"? 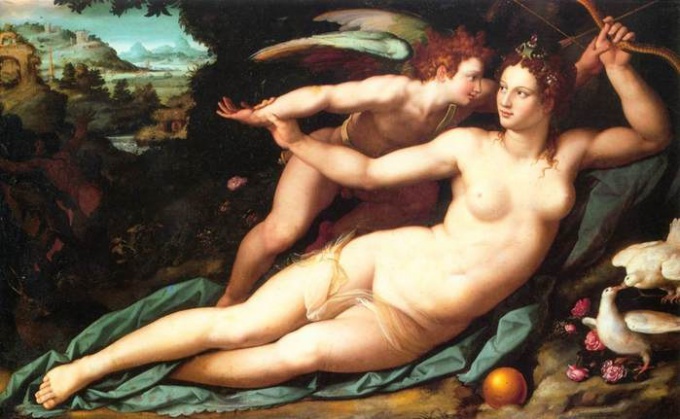 Loins (cerela) is an example of a word that almost everyone has heard or read, and its exact value few can uncover. Most modern dictionaries of the Russian language indicates that the word is obsolete in everyday speech today is not used. And Ozhegova and Ushakov and Ephraim explains that it is "loin, hip". That is, the part of the body below the waist. One of the features of words used only in the plural form. Why? More examples are there (thigh – thigh, light – light, etc.).

V. I. Dahl's dictionary the article is called "Ceresia". He notes that the word came into modern language of the 19th century from the Church Slavonic. In addition to the above interpretations, Dahl adds the word-a synonym for "sacrum". The sacrum in humans is a bone of five fused vertebrae adjacent to the pelvic bones. Thus, the General consensus is that the loin is the lumbar, the sacral region of the body that includes the hips.

Almost all Russian dictionaries are given as examples of the expression "gird up the loins" (his sash, before a long journey or a sword before the battle) and "stab yourself in the loins" (as a sign of inconsolable grief).

Further in the article about the loins V. Dahl leads the popular saying: "the Loins of the husband, and the bosom of his wife," thereby giving the word a second, additional value. As you know many of those same dictionaries, the "bosom" of a woman – Breasts, and this womb, this womb, that the loins of the woman. Here to some extent, the loins (womb) become the value of the internal space with a touch of abstraction and allegory. The fold is a symbol of maternity, tenderness, affection. There are euphemistic expressions: "to come out of the loins," which means "to be conceived in the mother's womb"; "to be the fruit of the loins" is to be a direct descendant.

In a figurative sense it is something very native, its. Can often hear, as a personification: "in the lap of nature, the womb of the ocean." Concerning religion: "to take to the bosom of the Church."

Also in a figurative sense the word loins is used in the Russian Bible, symbolizing the fortress of men. In the original there read: "out of your body and prepare your mind" (Genesis:35:11:1 and elsewhere).
Is the advice useful?
Присоединяйтесь к нам
New advices