Than to smear the gums if teething

The first dentition in infants begins on average at 5-7 months, but the discomfort the child may experience and several weeks before the appearance of the first tooth. To appear above the gum line, baby tooth needs to go through bone, and then through the mucosa. It's a painful process, causing the kids anxiety, crying, loss of appetite. To ease the child's condition, parents have resorted to a variety of ways, but the most effective is the use of special medicines. 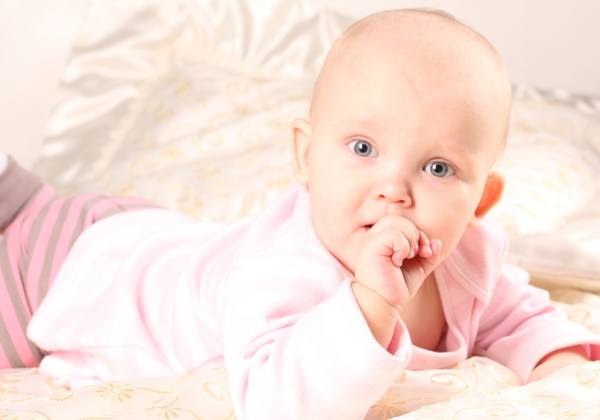 Related articles:
Instruction
1
The choice of means designed to facilitate the teething and the pain is large enough. Panacea among this diversity, it is impossible to find, but you can pick up a gel or ointment for your baby. These remedies are used usually from three to five months, there are drugs that are permitted for children over the age of years.
2
All drugs used to relieve the pain of teething baby teeth intended for local use. However, their composition is selected in such a way that the baby will not cause harm to themselves, even after swallowing the medicine. Active ingredients of these drugs are anesthetics (benzocaine, lidocaine) – they reduce the sensitivity of the mucous membrane. Also, the composition of the drug can be anti-inflammatory components, including plant origin, helps to relieve swelling of the gums and reduce pain. To make the application of the drug more pleasant for the baby, it can add sweeteners and flavors.
3
In the tools, the main active ingredient is lidocaine which include such drugs as "Kamistad" and "Kalgel", also used "After", an analgesic effect which is enhanced and extended by adding polidocanol. "Kalgel" should be used with caution in children with atopic dermatitis – a large amount of sweetener in the drug can cause the appearance of new lesions.
4
Children with allergies to lidocaine, doctors recommend a plant-based medicine "Baby doctor." Its components, which include extracts of chamomile, calendula and marshmallow root, reduce inflammation and relieve pain. If the child is already one year old, you can apply the gel "Holisal". It has a more lasting effect than other drugs.
5
Gels and ointments applied in the eruption of the teeth, are applied on inflamed areas of the gums and act almost immediately, but their effect is difficult to call long – it can last from 15 minutes to 2-3 hours. Reapplication of the product is usually resolved in a few hours.
6
Apply possible clean finger or cotton swab on the mucosa of the gums. Distributing a small amount of the drug at the inflamed areas, it should be gently rubbed into the mucous.
7
You should not smear the child's gums before feeding – this also applies to infants and children who have already learned to chew solid foods. Anesthetics reduce the sensitivity of the mucous membranes of the oral cavity, so the process of sucking can be difficult. Older babies may refuse to eat because numbness gums and tongue hurt them to chew, and the taste of the food can join taste of the drug. It is better to apply the medication about 30 minutes before feeding.
Is the advice useful?
See also
Подписывайтесь на наш канал