How to determine the baby cut a tooth

Teeth all children are cut differently. In some babies the process is fairly painless and does not affect the health of the baby. Others become cranky, restless and tearful. Often parents can be difficult to determine that the child cut a tooth. Watching the discomfort of the baby, they start treating it from various diseases. Although teething has few obvious signs. 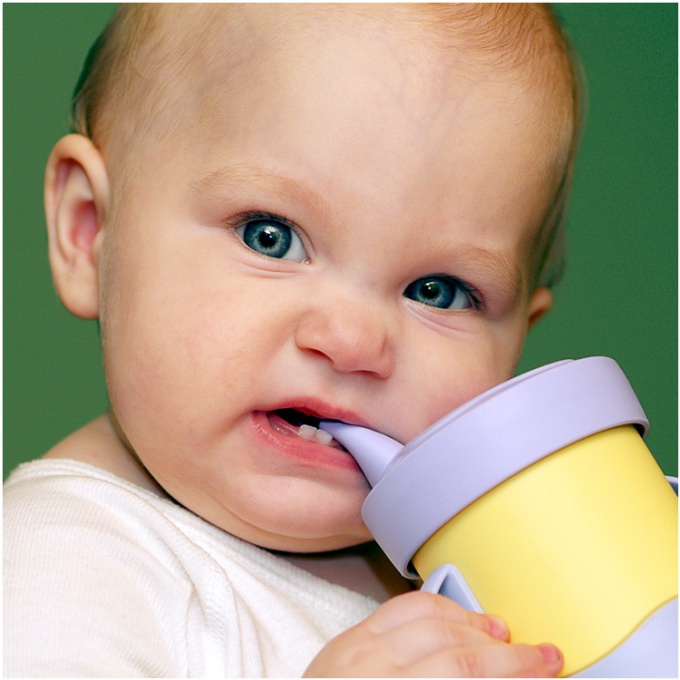 Related articles:
Instruction
1
One of the main features of the eruption of the baby tooth is loss of appetite. This is because the gums in the process of emergence of teeth become too sensitive. Every touch can cause severe pain and discomfort.
2
Often a sign of eruption of the tooth of a child is a restless sleep. And the irritability of the baby is evident night and day. To calm him down sometimes is not very easy. All the whims and tantrums usually disappear by themselves, when they fail, finally there is a protruding edge of the long-awaited tooth.
3
A child who has cut a tooth, bites absolutely everything that can bring it to her mouth. So he tries to calm his disturbing itching and pain in the gums.
4
During the eruption of the tooth from the child , there was abundant salivation, which resulted in the delicate skin around the mouth gets irritated, there is a redness and small pimples.
5
Many children teething there is disorder of the bowel, and as a consequence diarrhea. Thins the chair, according to most experts, swallowed the excess saliva.
6
A symptom of teeth of the baby may be a fever. This happens due to the inflammation of the gums. To bring down the temperature, should any child antipyretic. If the temperature does not decrease within three days, the child should immediately be taken to a doctor.
7
Some kids on the gums of teething appear bluish tubercles. Most baby experts recommend parents not to worry about their appearance. Such bumps are usually resolve themselves without medical intervention. To accelerate the disappearance of bruising and ease the discomfort will help cold compress.
8
Sometimes in addition to soreness of the gums when teething, children complain of pain in the cheeks and ears. Babies begin to pull themselves behind the ears, RUB their cheeks and chin. This is due to the spread of pain from the gums to the ears and cheeks the conducting paths of the nervous system.
Useful advice
If certainly to determine the baby cut a tooth or he is sick does not work, parents should seek advice and help to the doctor.
Is the advice useful?
See also
Подписывайтесь на наш канал