The look of gums when teeth climb

For all parents, the appearance of the first tooth of their baby – a very joyous event. But the period of eruption is accompanied by symptoms that are sometimes alarming and thought-provoking, not sick child. 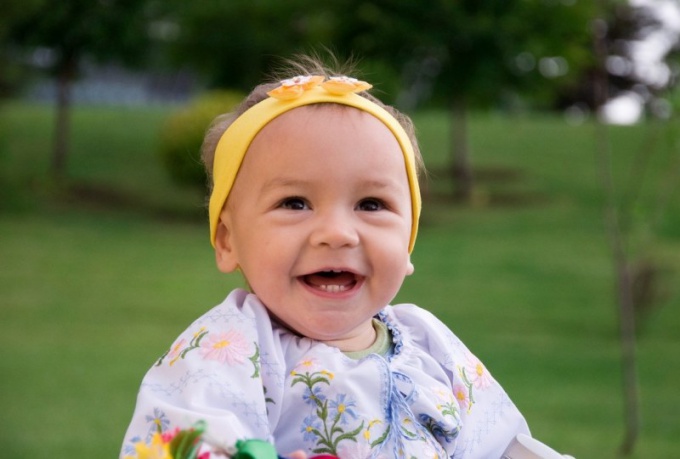 Related articles:
The promotion of the rudiment of the tooth to the surface of the gums due to a strong rearrangement of the surrounding bone tissue – which is why the child feels unpleasant and painful still far from the eruption. All these processes are in the body often occur at night, and therefore the peak all sorts of trouble is happening at this time.

Symptoms that accompany the first teeth

Teething is accompanied by fever, sometimes the indigestion, the baby decreased appetite. Constantly stands out an excessive amount of saliva may be a rash in the area of the buttocks, the baby is restless, cries and is cranky, there is a violation of the regime.

Not necessary to tune that all of these signs will manifest is mandatory - the severity of symptoms depends on the state of health, schedule of immunization and type of feeding.

The changes in the gums for a teething baby

The process of change of the tissues that form the mouth of the child, can lead to the appearance on the surface of the mucous membrane white or grayish-white formations. Sometimes young parents take them for the first tooth.

Such education is not delivering the child is no discomfort, and there is no risk of different complications, so do not require treatment after some time just disappear. When the first tooth erupting may experience different condition of the gums, depending on many factors.

You may receive the hematoma, which can be mistaken for a bruise on the gums. It is already visible part of the tooth, and it appears due to damage to the mucosa during chewing in that place, where he is actively erupt a few teeth at a time.

The status of the sequestration of the gums occurs when the leg simultaneously for 4 to 5 teeth. During this process a small piece of the surface of the bone shell is removed, in order to skip the next tooth, but do not have time to dissolve. He appears on the gums just before the appearance of the tooth (parents can watch the white piece of irregular shape on the background of reddened gums). After some time, the sequester alone is separated and disappears.

Before the eruption of anterior and posterior teeth very often appear transparent bubbles, which are kept for several days, and then disappear, but 7-10 days appears the edge of the teeth. It is the appearance of the pimple with hypersalivation, restlessness and constant desire to put it in my mouth Cam or any other object is the most accurate foreshadowing of the imminent appearance of the tooth.

There is a large amount of painkillers for little kids, great help when the first tooth erupting. As soon as there is a change in the child's behavior and suspect the appearance of the teeth, you must contact your pediatrician to assign the best of products.
Is the advice useful?
See also
Присоединяйтесь к нам
New advices