Who decided that the compass should be red and blue

The compass is used not only by cartographers and surveyors. This device is indispensable for travelers, and for participants of competitions on sports orientation. Almost everyone, at least once kept in the hands of the magnetic compass, wonders why his hands are red and blue coloring and who came up with that color scheme? 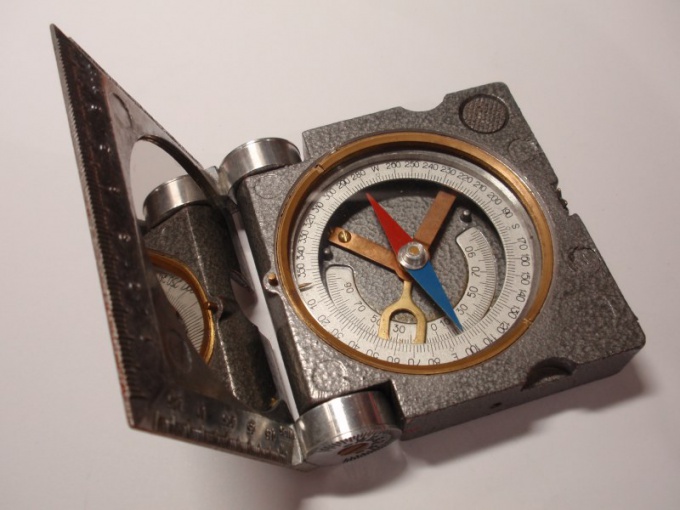 The main objective of the compass is indicating the orientation of the cardinal directions: North and South. The red needle of a compass interacting with the earth's magnetic field always points North, blue or black — on the contrary. In addition, compass has a special scale that can be used to determine the azimuth and the angle of deviation from natural reference point. Interesting question — the color of the arrow of the compass and its origin.

The origin of the compass

The first compass was built almost two and a half thousand years ago in China and had the appearance of a spoon, carved from magnetite and carefully polished. It is set on a perfectly smooth Board. The handle of the spoon pointed to the South direction, so with the Chinese the first name of compass translates as "in charge of the South."

Followers of Chinese scientists continued to construct their models of magnetic compasses in the construction of which always had something in common: needle usually was a needle of tempered iron. In ancient China, the birthplace of the steel industry, people knew that after heating and rapid cooling the metal acquires magnetic properties.

The first compasses had a low accuracy: the inaccuracy was due to the high strength of the friction force is pointing to the part on the base. This issue was generally resolved in two ways. On the one hand, the compass was placed in a vessel with water and fastened it to the center of the float, to enable it to rotate freely. On the other hand, both ends of the arrow were to be perfectly balanced, and the best way to achieve this is to make them exactly the same size and weight.

To easily distinguish the direction that the compass point, his arrows were easier to paint in different colours to make different shapes. On the question of why the compass needle is painted in red and blue you can find the answer in the annual calendar of the ancient Assyrians. Traditionally, the North and the South, these peoples were called blue and red lands, respectively. Therefore, blue and red colors that have sufficient contrast, was used as the main reference for the ancient compass.

With the opening of the first permanent magnet of the names of poles and color scheme for their designations were borrowed from the compass. The South pole of the magnet is painted red and the North blue. It should be noted that like poles repel each other, but because the compass, the needle of which was made of permanent magnet having a traditional coloring book, ceased to point North with its blue side. Thus, the color scheme of the device was completely the opposite.

Compasses differ in main purpose, and the color of the arrows. For example, bench and laboratory compasses used in secondary schools, point to the North by the blue arrow. At the same time, expensive navigation equipment has a red pointer the North. It became very popular to do curly arrows pointing only in the North landmark. In any case, before you trust strangers compass navigation route, it must first check and read the instructions.
Is the advice useful?
Подписывайтесь на наш канал