Why hurt the "dead" tooth

Usually a "dead" tooth is called the one from which the treatment was removed the pulp. It includes nerves, blood vessels and cells that support them. In the end, the tooth all the medical canons can not hurt, but it often gives its owner a lot of discomfort. 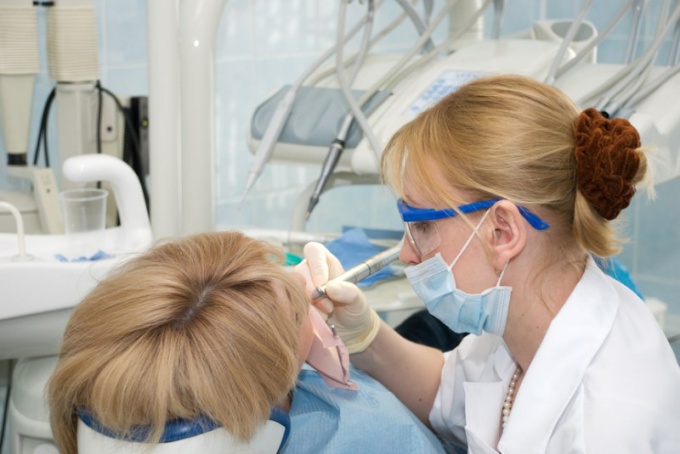 If a dead tooth when chewing reminded of the pain, feeling "grown up" of the tooth, then most likely the culprit of this discomfort are harmful microorganisms. They can penetrate into the jaw bone through the root canal of the tooth. In addition to pain, a person swollen gums near the tooth, rarely there is swelling on the face. Do not delay visiting the doctor because the microorganisms can gradually destroy the bone near the root of the tooth that faces big trouble. Moreover, this process can last several months and years.

A fairly common reason that a "dead" tooth makes itself known is substandard root canal treatment. So, modern dentistry has a number of requirements to their filling. All the canals should be sealed very tight and full length. As a result of the development of the microflora does not remain favourable conditions, which means that the inflammation will not. However, it often happens that a channel remains nezaplanirovannaya, and in some cases, the dentist leaves the nerves in them, which over time and become inflamed. It is not necessary to endure the pain of scoring her various analgesics, it is better to consult a doctor.

To hurt the "dead" tooth could cause malicious microbial agent of the so-called periodontal pockets. This phenomenon occurs when a person is diagnosed with periodontitis, and there is abundant dental plaque, which must necessarily be removed every six months. As a result, the disease is accompanied by bleeding. In this case, even a perfectly cured tooth will be in serious danger. Because harmful bacteria are gradually moving along the tooth root, destroying the ligaments that hold the tooth in the hole. For this reason, it becomes movable, while chewing food is accompanied by pain.

In this case you will need a comprehensive treatment of the entire oral cavity. First, the doctor will x-ray study of the patient's tooth, and then an individual plan of treatment. As a rule, assigned to ultrasonic teeth cleaning and periodontal pockets, after which prescribers that will contribute to reducing the pathogenic microflora in the oral cavity. You will also need to comply with all rules of hygiene, otherwise the treatment will not give results.
Is the advice useful?
See also
Присоединяйтесь к нам
New advices