Why is the bird beats against the window

Birds beating in the window of a human dwelling, cause many people have negative emotions. And all because these creatures has long been associated with various signs, mostly not very favorable. Birds from the earliest times attributed to communication with parallel worlds is that feathered creature, beating in the window, brings news from another world. But not so simple as it seems. 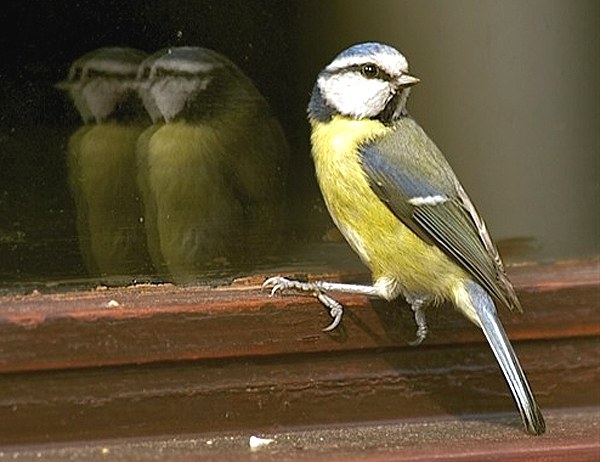 Related articles:
Instruction
1
Among the folk beliefs associated with birds, there are both good and bad omens. Since time immemorial, different peoples, these feathered creatures are associated with mystic rites, being used in all sorts of spells, divination and other occult. From an esoteric point of view, the bird is a symbol of the human soul. It is believed that these creatures are directly connected with the higher planes of existence, so performing the role of heavenly messengers. Simply put, a bird that is knocking (or frankly even beats) the window carries the living to lead with light, i.e. any messages from dead relatives.
2
Negative color this belief betrays the fact that the message, which birds fly into the Windows to the living people, are mostly "lethal" nature: the bird already dead relatives allegedly require living with them reunited, i.e. to die. That's why some people believe that the bird beating in the window, to the dead man in the house. But there is in this bird behavior and good shade. People believe that if the window is beating it tit, blessed coming and good prospects. And all because of Tits anciently revered and considered representatives of the light forces.
3
But no matter how tied to the omens were not people, should put aside all superstitions and prejudices and try to sensibly answer the question, why do birds beat the window. In principle, the explanation will not keep itself waiting long. Enough to hold even the most superficial analysis of bird behavior to understand what beliefs and superstitions it has absolutely nothing to do. Birds beat the window to people as a result of numerous external factors: adverse weather conditions (e.g., extreme cold or Blizzard), and predators that are constantly terrorizing the peaceful birds and the lack of food in winter.
4
Fall, and winter birds can knock and Bang at the Windows to people for the following reason: they are attracted to light in a warm and cozy home, and the smell of food. About any impending trouble here is not the question: the bird is just very hungry she wants to eat! There is another scientific explanation for this bird's behavior: these creatures see the world differently than mammals. The bird, noticing the window, his own reflection, thinks it's all her relatives attacked her. So she begins to resist him – to fight him, waving his wings and banging his beak on the glass. Mostly do so in spring the males: they see in the window of his competitors for the females.
Is the advice useful?
See also
Присоединяйтесь к нам
New advices