How you get rid of worms in cats

Helminthiasis in cats – a very common disease, not less important than other parasitic diseases, namely infection with fleas or ticks. Dostatochno worms often appear in cats that eat raw meat, fish, food from trash cans and other garbage. Animals, spending time on the street are also susceptible to the infection of worms to a large extent. 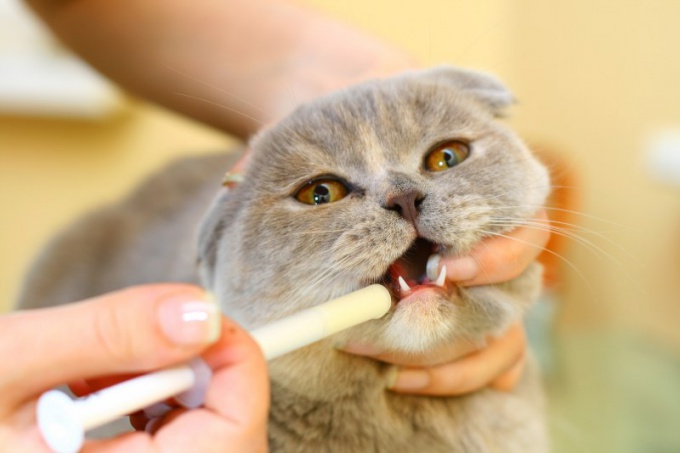 Related articles:
Instruction
1
There are a number of simptomov, indicating the presence of worms in cats. It's the total exhaustion, sluggish state of the pet's dull coat, increased appetite or refusal of food, weight loss, thirst, vomiting and diarrhea. Parasites can be detected in the feces or vomit of a cat.

3
All the rules of de-worming treatment should be prescribed only by a veterinarian after the tests establish the species of parasites and lesions. It is also important to consider the fact that there are drugs that act only on one species of parasites. There are also complex products containing several active substances against different species of helminths. However, due to various reasons, not everyone turns to do everything by the rules, and need to solve the problem. In such cases, you can proglistogonit a cat using any of the following drugs.

4
Bring worms in cats can help of sugar cubes. They give the animal a treat, with food or dissolved in water and watered the pet solution through the syringe. These tools include the drug "Polyverkan".

5
To proglistogonit cat can and with tablets from worms (these funds are given to an animal in powdered form with water or with food):
- "Pretel";
"Drontal";
"Envir";
"Cancancel plus". 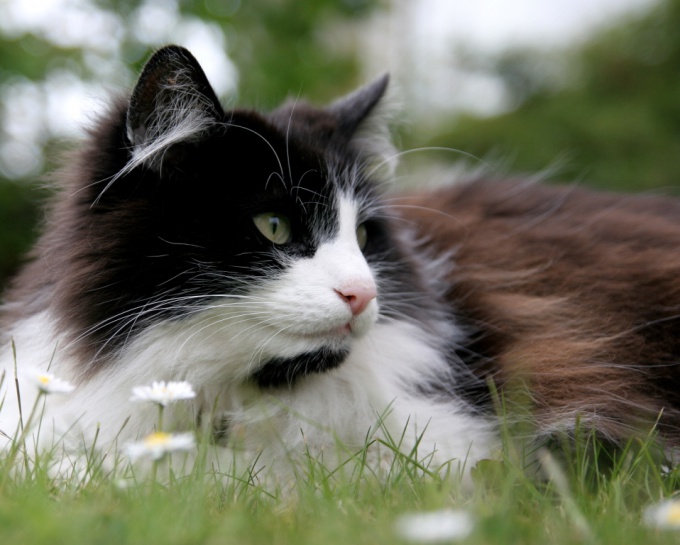 6
Help to cope with worms from cats and suspension (they are given to the animal orally with a syringe-dispenser):
- "Prazitsid" sweet suspension for kittens;
- "Prazitsid" for adult cats.
You can also use a drop on the withers, for example, "Profender".
7
And finally, a few recommendations. Modern anthelmintic drugs are given to cats for the prevention disposable in the morning, with the pre-starvation diet is not required. In the treatment of helminthiasis-drug tool you need to give the animal again after 10 days. Before each vaccination you need to give the cat anthelmintic drugs for 10 days before suspected date of vaccination. In addition, you should give such money for 3 weeks before farrowing through 3 weeks after. It is not recommended to give this medication to kittens younger than 3 weeks.
8
The disease is easier to prevent than to cure. Therefore, in order to reduce the risk of disease helminths of cats to a minimum, do the following:
- to prevent allow your pet dog cure for worms 1 every 3 months;
- do not feed the cat raw meat and fish, water only pooled/boiled water;
- do not allow your pet to contact with street animals;
- conduct regular antiparasitic treatment scratching posts and cat seats;
- keep clean the items of care for a cat;
- regularly cleaning of the apartment/house.
Note
Remember that most worms that infect cats are also dangerous to humans. Therefore, if your pet has detected worms, worry about his health.
Is the advice useful?
See also
Присоединяйтесь к нам
New advices