How to treat cat worms

Hardly anything can shock the unprepared person as much as what he saw with his own eyes worms in his feces of a cat. Do not panic and drive away from himself does not understand anything animal – pet urgently need to treat against parasites. How to do this to go quickly and efficiently? 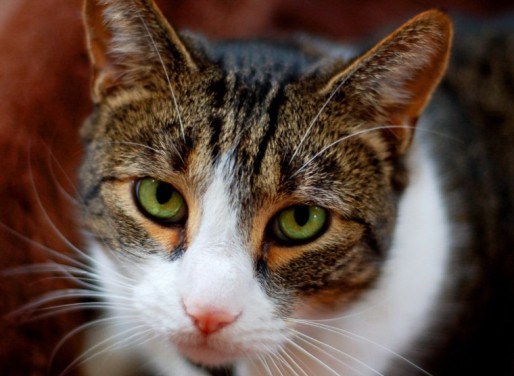 Related articles:
Instruction
1
Don't assume that if your cat does not happen on the street and excluded the possibility of its contact with stray animals, then it may not be worms. Helminth eggs can bring into the house of the owner of the animal from the street on their shoes or clothes – the cat will RUB his feet, and then in the process of licking swallow them. For acquiring certain types of tapeworms it is enough just one flea, which easily jumps to the apartment from the entrance. The cat caught a flea with teeth on its body, see through it all, the cucumber tapeworm infection has occurred. Feeding the animal raw meat or fish also leads to a cat of worms.
Veterinarians, like human doctors-Parasitologists, it is recommended prophylactically to give the animal the anthelmintic wide spectrum of action. The most effective drugs can advise you at the vet and at the pet store. Anthelmintic drugs are given to cats twice a year – in spring and autumn. The dosage is calculated depending on the weight of the animal.
2
Keep in mind that prevention giving deworming tablets may not occur, but your cat will be a carrier of a particular type of worms. Contrary to popular belief, people can get worms from cats on rare occasions, but you no doubt don't want to be in the few percent of people who were still infected. And the health of the animal, the presence of worms in his body affected most adversely.
Worms in cats can be detected by the test of her feces to the vet. However, in most cases, the owners themselves see the worms or their fragments in the feces of the animal, which may be a sign that the infection is serious enough. This stage of infection requires immediate treatment.
3
If you take the feces of the animal for analysis and know for sure what kinds of worms are parasitic in the intestines of your pet, you can choose the most effective in dealing with this kind of worms the drug. For example, cure tapeworms can be ineffective against roundworms and Vice versa. If you want to prevent or have your cat identified several species of helminths, use of drugs broad-spectrum.
Keep in mind that cure for worms is not a vitamin, but rather toxic to the animal drugs. If infected with worms, the cat was ill, exhausted, debilitated or pregnant, you must discuss with the veterinary surgeon schedule the treatment so as not to aggravate the situation by giving anthelmintic.
Is the advice useful?
See also
Подписывайтесь на наш канал