What foods can raise hemoglobin in a child

Everyone must have heard of iron deficiency anemia and know that it is bad. The hemoglobin in the red blood cells, delivers to brain, heart, kidney, and muscle oxygen from the lungs. In cases where the hemoglobin contains little iron, anemia occurs. In children under 5 years of age, the hemoglobin should be above 110 g/l and in children older than 5 years – above 120 g/L. 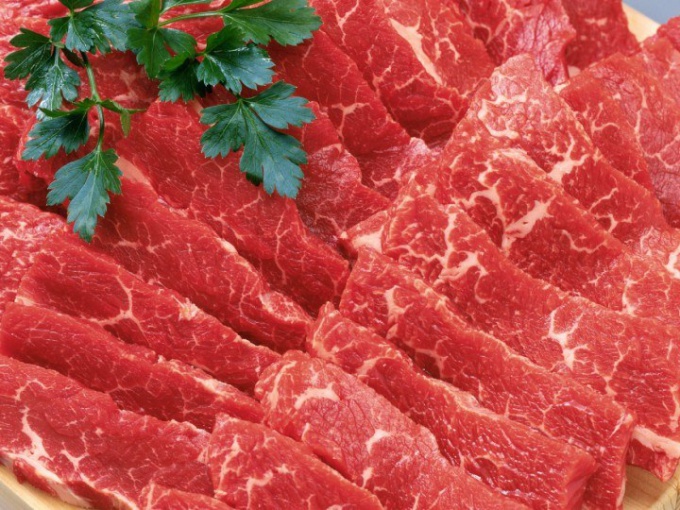 Related articles:
Instruction
1
From birth the child has some stock of iron, which he received from his mother a few months before birth in the womb of the mother. Nature has planned everything so that this supply should be enough for the first six months of a child's life. After six months the necessary vitamins and elements the baby gets from feeding.
2
A pregnant woman in the first place is to pay attention to your hemoglobin. If its level is lowered, and the child it will also be low. The same is observed in premature birth and the birth of twins. To get rid of the anemia will help a doctor's recommendation, most often a lack of correct nutrition, in extreme cases, will be assigned to drugs that increase the level of hemoglobin.
3
More recently, experts believed that with anemia you need to enter in your diet products that increase the hemoglobin, which contain iron. But over time doctors realized that the important the absorption of iron by the body. Of the total amount of the consumed iron is absorbed only 10%. Some types of iron are generally absorbed.
4
The first place the content of iron is beef tongue, liver and meat. Intake amount of iron from veal equivalent of 22%, slightly less of beef, rabbit meat and Turkey meat, fish – this number is 11%. In addition, iron-rich wild strawberries, pomegranates, watermelons and pumpkins, as well as fennel, spinach, parsley and green onions.
5
To get rid of anemia in the baby in 6 months, take meat, fish, mashed potatoes with herbs. When cooking meat and fish, added herbs will help preserve the iron. In addition, feed your baby chicken egg yolks, buckwheat, oatmeal, legumes, brown bread. Most let fruit, rich in iron, such as plums, peaches, apples, and dried fruit.
6
You should know that foods with a high content of vitamin C by themselves do not affect the content of hemoglobin in the blood, but they contribute to a better assimilation of iron. So do not forget that foods rich in iron, you need to mix with orange or tomato juice can be added to cooked foods lemon juice, pepper.
7
Also eat foods that prevent iron absorption is dairy products, cheese, eggs, tea and coffee. So do not take them simultaneously with the consumption of iron-rich foods.
8
You can solve the problem of low hemoglobin with the help of folk remedies. Good help tea from the leaves of buckwheat and dandelion, rose hips extract with lemon juice and honey, sprouted grain wheat, dried apricots, raisins. You can try to grind in a coffee grinder walnuts and buckwheat in equal parts. Add a Cup of honey and stir. Take a tablespoon three times a day.
Is the advice useful?
See also
Подписывайтесь на наш канал