What to do if menstruation does not stop for a long time?

Menstruation is an important process that occurs monthly in the body of every woman of reproductive age. Normal bleeding during menstruation should not continue for more than a week. So in that case, if menstruation stops for longer time, you need to urgently visit a gynecologist, as it could be bleeding that is dangerous for life. 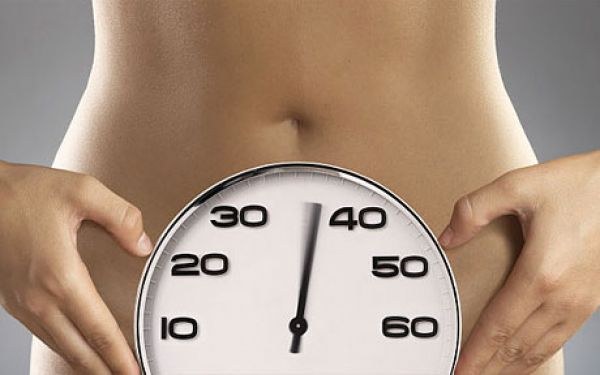 Related articles:
Special danger is so heavy periods that used at least one Maxi-pad in three hours, which certainly is a large blood loss. In addition, the concern should be quite painful menses with lots of clots. This fact may indicate a miscarriage or ectopic pregnancy. At detection of these symptoms should immediately go to the doctor. Because only he can determine the cause of such violations with the necessary survey and its results to assign appropriate drugs that restores hormonal women, as well as eliminate inflammation.

Addition to conventional treatment are considered to be some herbal teas that possess hemostatic properties, safe and effective. These healthful drinks can be prepared from horsetail, oak bark, yarrow, cinquefoil goose, leaves of strawberries and raspberries. These herbs not only reduce pain during menstruation, and normalize the cycle. To prepare the broth should take one tablespoon of the herbal tea and pour boiling water. Then leave and eat one tablespoon every two hours. Note that to stop the use of this tool it is only necessary after the complete disappearance of bleeding.

What could be the cause of heavy bleeding

In addition to spontaneous abortion in long-term persistence of the menstruation can be many more reasons. These include: insertion of intrauterine device, oral contraceptives, hormonal disorders, malfunction of the thyroid gland, poor blood clotting as a result of von Willebrand disease, adenomyosis.

Also continuous period longer than two weeks may indicate the occurrence of fibroids, polyps and even cancer of the uterus.

What to do in the absence of any disease

If the disease is not detected, then you just need to lead a healthy lifestyle, namely: to organize adequate sleep, avoid fatigue, alternate work and rest, maintain a regular sex life, full and balanced diet, take vitamins, give up Smoking and excessive intake of alcoholic beverages.
Is the advice useful?
See also
Подписывайтесь на наш канал